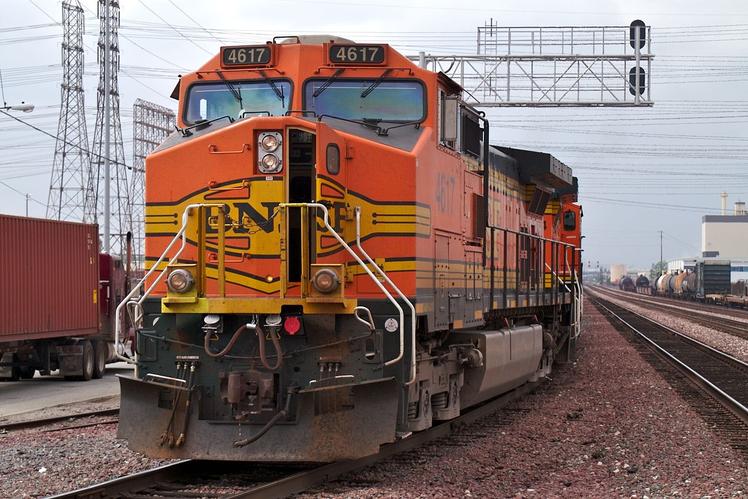 Specifications
The Dash 9 Series is an improved version of the Dash 8 Series. Like that earlier Series, it has a microprocessor-equipped engine control unit, and a modular system of construction of the vehicle body.

All models of the Dash 9 Series are powered by a 16-cylinder, turbocharged, GE 7FDL 4-stroke diesel engine, with electronic fuel injection and split cooling.

C40-9NS
This version of the Dash 9 was manufactured between January and March 1995. All 125 examples of this model are owned by the Norfolk Southern Railway. The C40-9 is the only model in the Dash 9 Series to feature the standard cab design. All were built with rooftop-mounted air conditioners which gives them a rather unusual and distinctive look - and were quickly coined "top hats" by the railfan community. Other than the standard cab, the model is identical in all specifications to the wide-nose "North American" safety cab Dash 9-40CW (or C40-9W) model (see below). NS specifically requested the standard cab, and may have purchased more units had the Federal Railroad Administration not required it to purchase the wide-nose C40-9W version instead. In addition, standard cab GE's had become more expensive by the mid-1990s, since they were now considered optional equipment by the builder, and thus priced as such, and when a carrier is purchasing one or two hundred units of a particular model at a time, even a slight extra charge for a customized cab can add hundreds of thousands of dollars to the cost of a locomotive order.

In 2015, the railroad announced the locomotives would be given a new wide cab, A.C. traction motors, cab signals, LSL and uprated to 4400 HP, making them AC44C6M.

C44-9W
The C44-9W model was in production between 1993 and 2004. Of all the Dash 9 Series models, this one received by far the greatest number of orders. A total of 1,697 orders for C44-9Ws were received from Atchison, Topeka and Santa Fe Railway and successor BNSF Railway (known at the time as the Burlington Northern Santa Fe Railway). Other large orders from North American operators were placed by Canadian National Railway, and a number of operators that have since been absorbed by the present day Union Pacific Railroad, including Chicago and Northwestern and Southern Pacific. Substantial orders for this model were also received from operators in Australia and Brazil, in the latter case for 1,600 mm (5 ft 3 in) broad gauge versions.

C-38AChe
The C-38AChe, also known as the NJ2, is operated by China Railways. Built in Erie, Pennsylvania, it is based on a standard Dash 9-44CW (or C44-9W) (see above) and marketed as the GE C38AChe. The model was specially customised for high altitude operation on the Qinghai-Tibet Railway route. It is used on the Qingzang Railway, which connects Xining, Qinghai Province, to Lhasa, Tibet Autonomous Region, in the People's Republic of China. 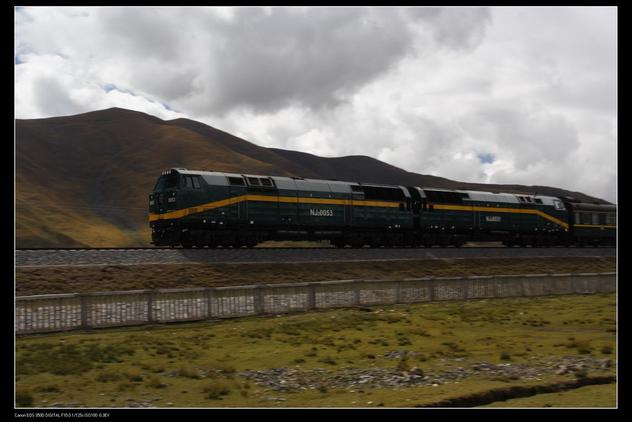