In 1940, Alco and GE entered into a partnership to build diesels under the name Alco-GE, an arrangement that lasted until 1953. This project was an early effort by General Electric to re-enter the diesel-electric locomotive market.

The locomotive was built as four separate units. The locomotives were designed with a streamlined carbody that somewhat resembled the Alco PA, with two of the units featuring 1,200 horsepower 8-cylinder prime movers, and the other two employing 1,600 horsepower 12-cylinder engines, for a grand total of 6,000 horsepower. The prime movers utilized were the Cooper-Bessemer  model FVBL-8 and FVBL-12, both the direct ancestors of GE's Cooper-Bessemer based FDL engine, which has has gone on to power thousands of diesel units for more than four decades. An engine test facility was constructed by General Electric in 1954 at Erie, Pennsylvania, in order to further develop the Cooper-Bessemer diesel engine for use in locomotives. In 1956, GE purchased the design rights to the V8, V12  and V16 Cooper-Bessemer F series engines. By 1962 GE had perfected its new engine and with the new manufacturing facility at Erie completed, they were able to manufacture the new F series diesel engines in-house.

The locomotives were leased to the Erie Railroad from 1954 until 1959 and were numbered 750 A-B-C-D. They were used mostly between Hornell, New York, and Marion, Ohio, and on occasion would be separated and run with other units, either for compatibility tests, or when units needed maintenance or upgrades.

In the five years the units were leased by the Erie they accumulated over one million miles of operating data, which led to prime-mover and electrical improvements that ultimately resulted in the introduction of GE's landmark domestic locomotive, the model U25B. Not only did GE successfully re-enter the domestic locomotive market, it eventually became the Number 1 manufacturer of locomotives in the world.

One of the original engines, a 1,200 H.P. Cooper-Bessemer FVBL-8T, is still in existence. 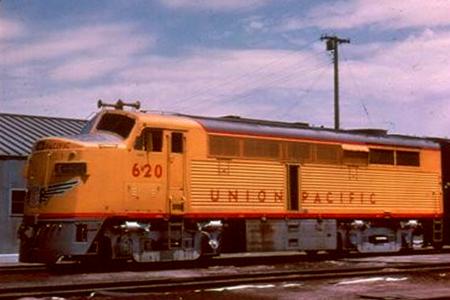 Three of the four units are shown here in Salamanca, New York, along with an Alco FA.  Photo by John Bartley 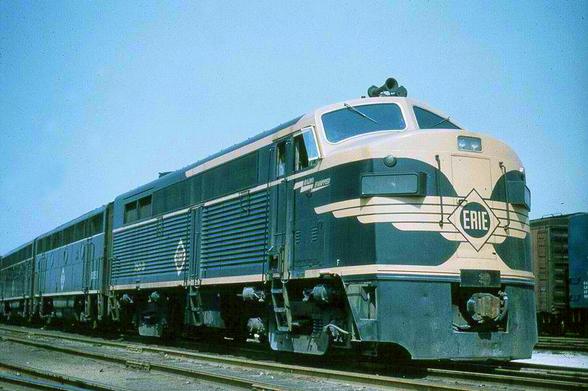 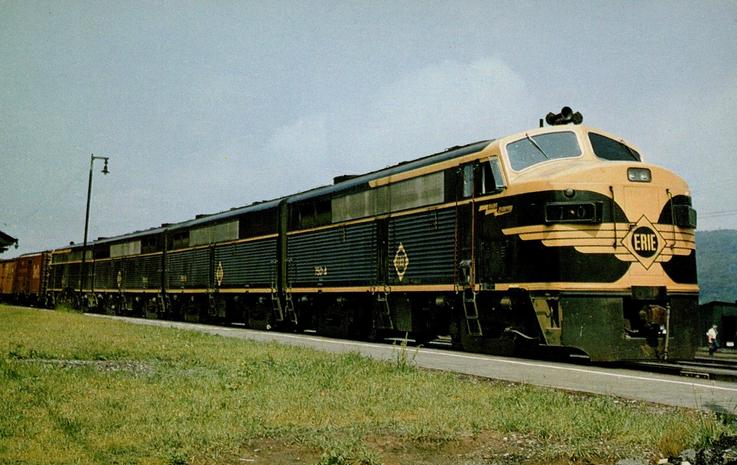