Design
The Dash 8-32BWH operates in a diesel-electric configuration that uses DC to power the traction motors, producing 3,200 hp at 1047 rpm. When providing head end power to the train, the engine is speed locked to 900 rpm. Power output to the traction motors is 2,700 hp when running in HEP mode with a 0 kW HEP load. Traction horsepower decreases to a bare minimum of 1,685 hp when providing the maximum 800 kW (1,100 hp) HEP load to the train.

The Dash 8-32BWH has a 74:29 gear ratio, resulting in a maximum operating speed of 100 mph in passenger operation.

History
Twenty of these locomotives were delivered to Amtrak in 1991, numbered 500 through 519. They were nicknamed "Pepsi Cans" by many railfans, due to being delivered in a wide-striped red, white, and blue livery. They have all since been repainted in Phase V livery.

The Dash 8-32BWH has since been relegated to yard switching (mainly in Los Angeles, Oakland, Chicago, Miami, and the Auto Train terminals) and transfer service, displaced by the newer and more powerful GE Genesis, but the Dash 8s occasionally substitute for the Genesis units if necessary and the Los Angeles-based units see frequent use on the Coast Starlight and Pacific Surfliner. Some may appear on the Pennsylvanian between Philadelphia and Pittsburgh.

Two of the locomotives, 501 and 502, were sold to the California Department of Transportation. The locomotives were renumbered 2051 and 2052, and received the Amtrak California paint scheme. They are used on the San Joaquin and Capital Corridor trains.

Disposition: Still in use 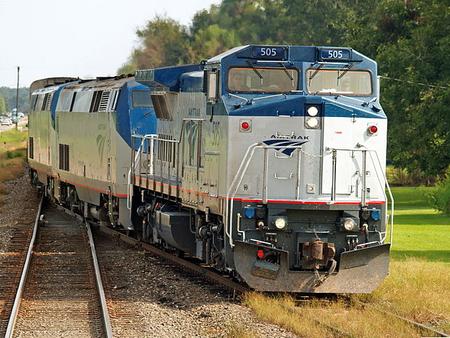 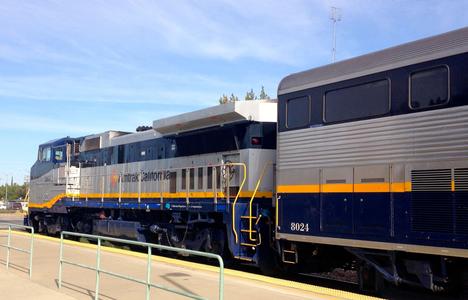