GE U23C Diesel-Electric Locomotive
The 2,300 horsepower GE U23C road switcher diesel-electric locomotive model was first offered by GE in 1968, and featured a V-type 12 cylinder version of the standard GE FDL diesel motor. Designed as a competitor to EMD's SD38 and SD39 series, it was intended for heavy transfer, drag and hump service where speed was not a priority. Other than six tall hood doors matching six power assemblies per side, there are very few features which distinguish the U23C from the U30C. The U30C has eight tall hood doors per side, a function of the V16 within.

LS&I No. 2300 is preserved at the Arkansas Railroad Museum in Pine Bluff, Arkansas. 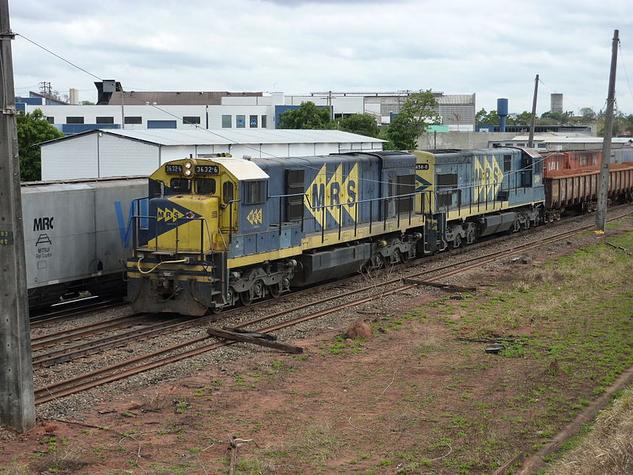