GE U25B Diesel-Electric Locomotive
The GE U25B was General Electric's first independent entry into the United States domestic Diesel-electric locomotive railroad market for heavy production road locomotives since 1936. From 1940 through 1953, GE participated in a design, production, and marketing consortium (Alco-GE) for diesel-electric locomotives with the American Locomotive Company. Starting in 1956 GE launched its Universal Series of diesel locomotives for the export market. The U25B was the first attempt at the domestic market since its termination of the consortium agreement with Alco.

History
The U25B (nicknamed U-Boat) was the first commercially successful domestic diesel electric road locomotive designed, built, and sold by General Electric after its split with the American Locomotive Company (Alco), a company dating back to the steam era. Along with Ingersoll-Rand, GE built the first viable American diesel-electric locomotive in 1928. GE had previously produced a number of prototype diesel switchers, in part with Alco. The GE Universal Series started production in 1956 and some 400 export locomotives were sold before the U25B was offered in the United States.

The U-Boat put GE on the road to becoming the top locomotive producer in the U.S., much to the chagrin of EMD. It introduced many innovations to the U.S. diesel locomotive market, including a pressurized car body and a centralized air processing system that provided filtered air to the engine and electrical cabinet, thus reducing maintenance. The U25B was also the highest-horsepower four-axle diesel road locomotive in the U.S. at the time of its introduction, its contemporaries being the GP20 (2,000 hp) and the RS27 (2,400 hp or 1,800 kW).

Though many were produced and sold, the only remaining U25B locomotives are in museums, as many were retired or scrapped at the end of their service life by the end of the 1980s.

Preservation
Only one remains in operating condition. Southern Pacific 3100 is now on permanent exhibit at the Orange Empire Railway Museum in Perris, California. Built in 1963, this locomotive was first numbered SP 7508. Later numbered SP 6800, it became a goodwill ambassador for the railroad in 1976 when it was painted in an elaborate red, white, and blue color scheme in celebration of the nation's bicentennial; it was later renumbered and repainted in standard SP livery and was donated to the museum. The 3100 is fully certified to run on any of the nation's railroads and is frequently used as motive power for offsite work trains.

A second U25B locomotive is currently undergoing restoration efforts at the Illinois Railway Museum in Union, IL. Former Milwaukee Road engine number 5056 (built in 1965) is being both cosmetically and mechanically restored for operation on the museum grounds.

A third U25B locomotive is on display at the Western Pacific Railroad Museum in Portola, CA. Former Milwaukee Road engine number 5057 can be made operable. It was purchased by Cascade Rail Foundation to eventually be displayed at the South Cle Elum Rail Yard.

New York Central No. 2500 is on display at the Lake Shore Railway Historical Society museum in North East, Pennsylvania.

Conrail 2510 was to be preserved by The Great Northeastern Rail Road Foundation, but the plans fell through and the engine is sitting in rough shape, in Glenmont, NY. It is currently owned by the National Railway Historical Society. It was built as New York Central 2510 in May 1964.

New York, New Haven & Hartford No. 2525 has been preserved by the Railroad Museum of New England/Naugatuck Railroad of Thomaston, CT. It wears its original New Haven colors, however it is not currently operational. 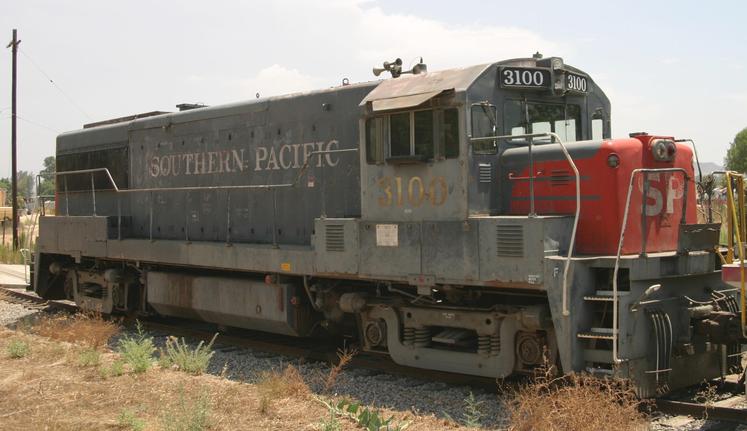 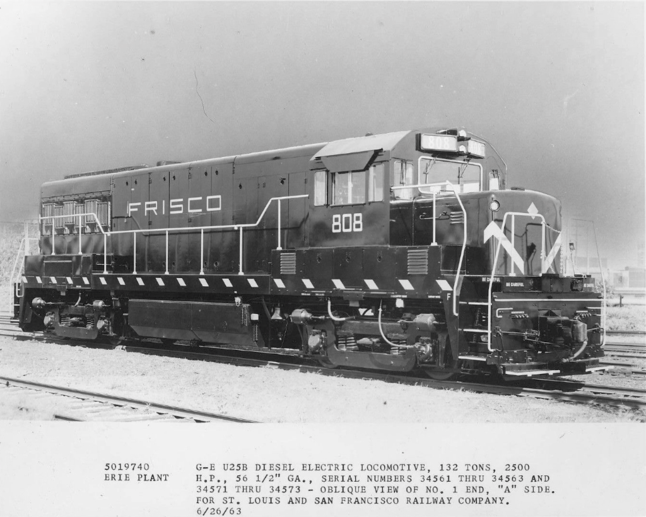 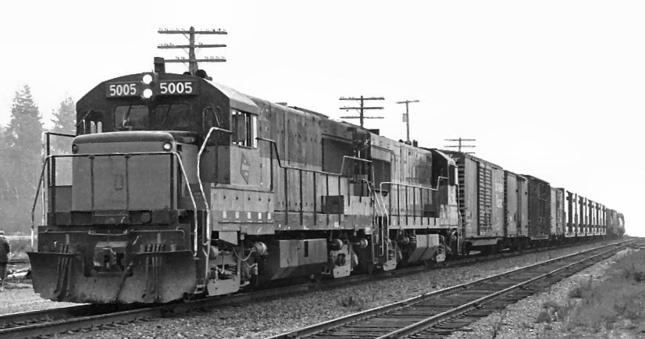 By Original uploader was Pretzelpaws at en.wikipedia - Transferred from en.wikipedia, CC BY-SA 3.0, https://commons.wikimedia.org/w/index.php?curid=4113145Type your paragraph here.