Products related to the Ingalls 4-S

Gulf, Mobile and Ohio No. 1900, the only Ingalls 4-S locomotive ever built. 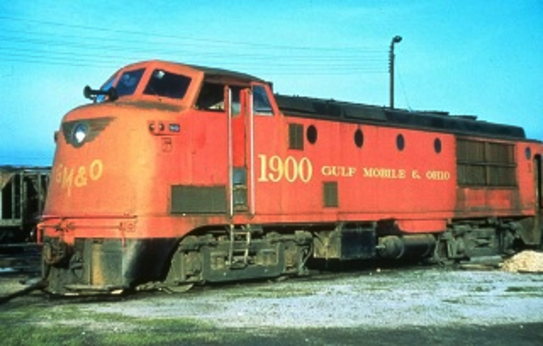 Ingalls 4-S Diesel Locomotive
The Ingalls 4-S was an experimental American locomotive built by Ingalls Shipbuilding immediately after World War II. Intended to be the first of many Ingalls-built locomotives, it wound up being the only one ever built by the company. It served on the Gulf, Mobile and Ohio Railroad (GM&O) until 1966, when it was retired; it was scrapped the following year.

Design and development
At the end of World War II, Ingalls Shipbuilding, based in Pascagoula, Mississippi, developed plans for a line of diesel-electric locomotives to serve the expected post-war market. Five models were projected; the first, and as it proved only, to be built was a prototype of the largest, the model 4-S.

The design of the locomotive was considered advanced, including a "turret cab" arrangement, which improved the crew's vision. The prime mover selected for the locomotive was based on a marine diesel engine built by Superior Engines & Compressors; it produced 1,650 hp, of which 1,500 hp was available for the production of tractive effort by the locomotive's electric drive. Provision was made for the installation of a steam generator for passenger service. The locomotive was equipped with connections for multiple unit operation.

Operational service
The 4-S was tested by a number of railroads, including the Louisville and Nashville Railroad, Seaboard Air Line Railroad, and the Southern Railway among others; however no orders materialized for the type, or for any other of Ingalls' proposed locomotives. The lack of orders combined with issues with the supply of components for the locomotive resulted in Ingalls electing to abandon its plans for locomotive construction; the sole 4-S would be the only locomotive ever to be built by the company. It was sold to the Gulf, Mobile and Ohio Railroad for US$140,000, where it received the road number 1900.

The 4-S served with the GM&O, operating primarily from Mobile, Alabama, earning a reputation for toughness; it once derailed, landing inverted, but was repaired and returned to service in short order. In 1966, the locomotive was traded in to EMD by the railroad as partial payment for new locomotives; the engine was offered to the Illinois Railway Museum for $3,000, but the museum was unable to raise the necessary funds. When no other buyers materialized, the locomotive was sold to Pielet Brothers in 1967, where it was scrapped. 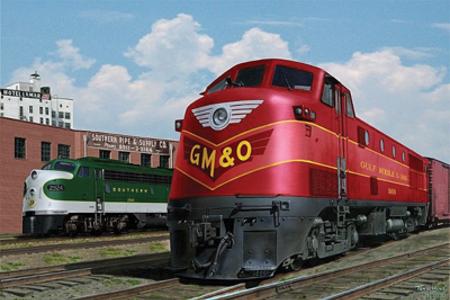