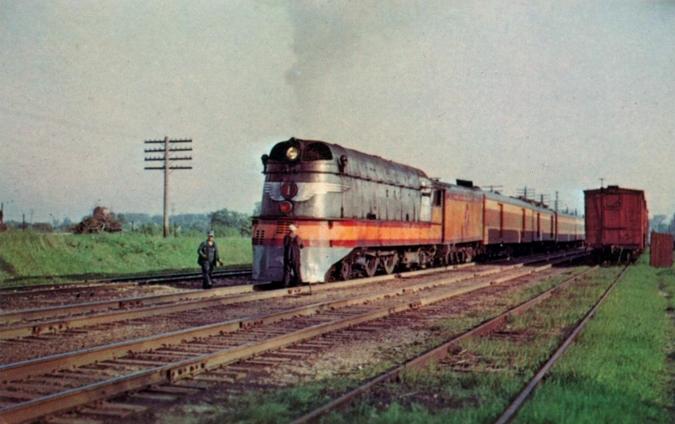 Postcard photo of Milwaukee Road class A No. 1 pausing near Milwaukee in 1951.  CS Archives.

A Milwaukee Road Class A Slideshow.

The Milwaukee Road Class A was a class of high-speed, streamlined 4-4-2 "Atlantic" type steam locomotives built by the American Locomotive Company in 1935-37 to haul the Milwaukee Road’s Hiawatha express passenger trains. Numbered from No. 1- No. 4, they were among the last Atlantic type locomotives built in the United States, and certainly the largest and most powerful. The class were the first locomotives in the world built for daily operation at over 100 mph, and the first class built completely streamlined, bearing their casings their entire lives. Although partially supplanted by the larger F7 "Hudsons" from 1937, they remained in top-flight service until the end. Locomotive No. 3 was taken out of service in 1949 and cannibalized for spares to keep the other three running until 1951. None survived into preservation.

History
Designed for a 6½ hour schedule between Chicago and St. Paul, the class proved capable of handling nine cars on a 6¼ hour schedule. The only change over the years, except bumps and dents in the casing, was the addition of a Mars Light beneath the winged emblem on the nose in 1947.

They hauled the fastest scheduled steam-powered trains in the world. Running at 100 mph or greater was required to keep these schedules; the class A locomotives were designed to cruise at over 100 mph and be able to achieve 120 mph. A run with a dynamometer car behind the locomotive was made on May 15, 1935 by locomotive #2 between Milwaukee and New Lisbon, Wisconsin. Over a 14-mile stretch the speed of 112.5 mph was recorded. This was the fastest authenticated speed reached by a steam locomotive at the time, making No. 2 the rail speed record holder for steam and the first steam locomotive to top 110 mph. There are reports, without evidence or accurate records, that these locomotives could exceed 120 mph. Such speeds would have placed the class A in contention with the LNER Class A4 and German BR 05 for the crown of fastest steam locomotive until that time, but no records have been unearthed. The successor Milwaukee Road class F7 was even more powerful, with a claimed top speed of 125 mph.

The design was fairly conventional but unusual in some aspects. One goal was reducing reciprocating mass, which could not be completely balanced. This was the reason for the high boiler pressure of 300 psi, which allowed smaller pistons. The main rods connected to the first pair of driven wheels rather than the (more conventional) second; again, this reduced the reciprocating mass. The large 84-inch diameter driving wheels reduced piston speed and made high speed less taxing on the machinery. The streamlined casings were designed to open easily for servicing; the front end had clamshell doors ahead of the smokebox.

A Milwaukee Road Class A streamlined locomotive leaving Minneapolis for Chicago as the "Hiawatha". The locomotive is new and is on its afternoon run, ca. 1935. 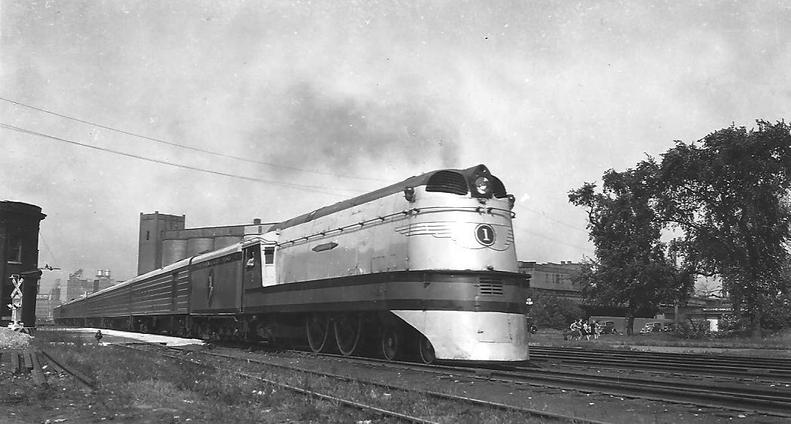