Motive Power & Equipment Solutions, Inc. (MP&ES) is a rail industry products and services provider based in Greenviile, South Carolina that provides parts and field service to complete new or remanufactured locomotives. As of 2018 there are more than 200 locomotives built or refurbished by MP&ES. MP&ES has specialized in cost-effective products and the development of new emissions compliance technology.

MP&ES was founded in 1999 as a rebuilder and remanufacturer of single and multi gen-set locomotives. The company grew when it found a strong demand for refurbishing older locomotives with modern technology. Also at this time, the company made donations to museums and non-profit organizations to preserve vital rail history. In addition, MP&ES developed its own electronic braking system (EB99), PLC based locomotive control systems, operator interface/control stands and other innovations.

In 2007, founder of MP&ES David Wilkerson began the design of a new line of single and multi gen-set locomotives, focused on environment, ease of maintenance, being more operator friendly and having less down time. The company sold the first fleet of the new MP900C-BB locomotives to one of the world’s largest nickel mines, located in Africa. The fleet provided superior service and the customer has continued to purchase additional locomotives to grow its fleet. International sales to a wide array of customers on four continents now constitute half of the MP&ES business volume.

MP&ES has continually increased its market presence in both the domestic and international sectors. With Tier III and Tier IV genset locomotive products in single, double and triple engine configurations, the company has provided cost-effective solutions to reduce fuel and maintenance costs and increase reliability, all while reducing emissions. MP&ES is currently remanufacturing North America’s first all AC, 4 axle switcher locomotive, recently delivered the first diesel-electric locomotive for the Isle of Man and is re-powering an EMD SW1200 locomotive to be equipped with Tier IV emission compliant engines and upgraded electrical control systems, amongst other projects.

The company, with key partners, has developed a design for a dual fuel (natural gas and diesel) genset locomotive product line that the company hopes will reduce fuel costs by replacing diesel fuel with domestically sourced, compressed natural gas (CNG). 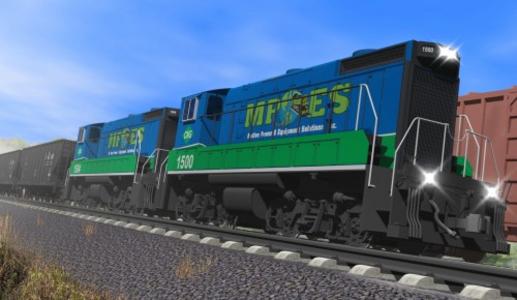 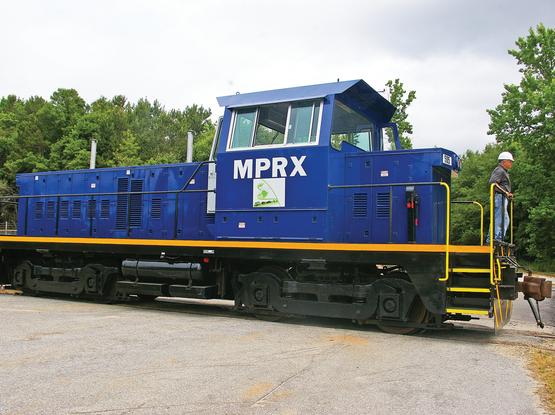