The New Haven supplemented the EP-1s and EP-2s with ten EP-3 boxcabs in 1931. The Pennsylvania Railroad replaced the original 600 V third rail DC with 11 kV overhead AC in 1933, allowing New Haven's electric locomotives to operate into Pennsylvania Station and eliminating the engine change in Queens. Retirement of the EP-1s began in 1936. Six EP-4 locomotives joined the roster in 1938.

Even as the New Haven added ten EP-5 locomotives in 1955, change was coming. The company was phasing out electrified freight operations and considered truncating electrification from New Haven to Stamford, Connecticut, a distance of 39 miles (63 km). To that end the company ordered thirty dual-mode EMD FL9 locomotives. These locomotives, capable of either diesel-electric operation or electric operation from third-rail, eliminated the need for an engine change at New Haven. Their arrival in 1958 enabled the retirement of the EP-2 fleet. 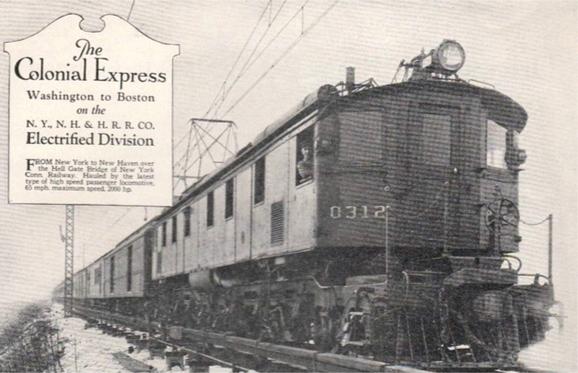