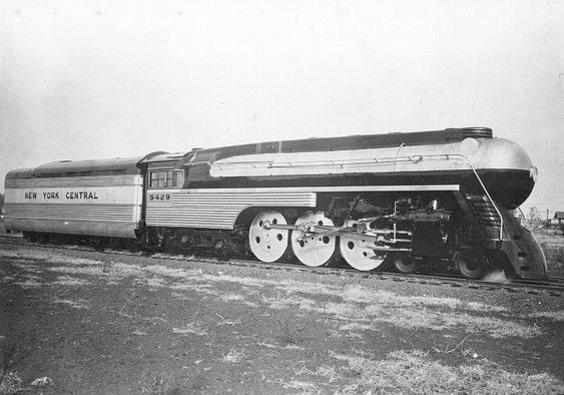 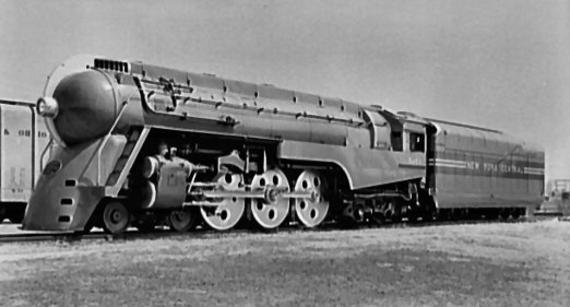 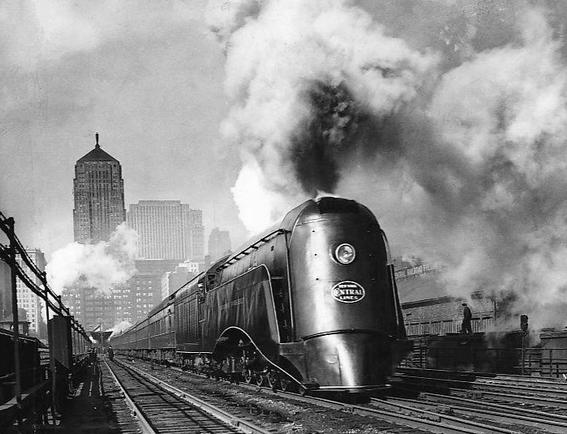 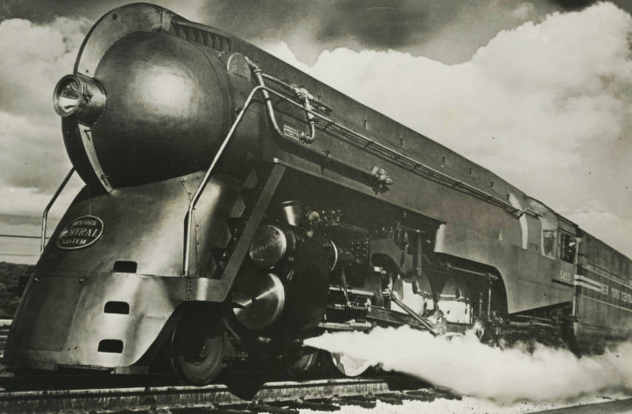 Two class J3 Hudsons  No. 5426 and 5429 received an impressive streamlining in plated steel, and stainless steel in 1941 for the "'Empire State Express", which was one of the most prestigious trains of the New York Central Railroad.

New York Central No. 5344, the "Commodore Vanderbilt", was the the last J-1e built and featured Art Deco streamlining designed by Henry Dreyfuss.

Although the Chicago, Milwaukee, St. Paul & Pacific Railroad (Milwaukee Road) was the first to design such locomotives (naming them Baltics), they were not built until after the NYC's Hudsons. NYC President Patrick E. Crowley named the units Hudsons after the Hudson River, which was in clear view from his office window.

The Hudson came into being because the existing 4-6-2 Pacific power was not able to keep up with the demands of longer, heavier trains and higher speeds. Given NYC's axle load limits, Pacific could not be made any larger; a new locomotive type would be required to carry the larger boilers. Lima Locomotive Works' conception of superpower steam as realized in the 2-8-4 Berkshire type was the predecessor to the Hudson. The 2-8-4's 4-wheel trailing truck permitted a huge firebox to be located after the boiler. The resulting greater steaming rate ensured that such a locomotive would never run out of power at speed, a common failing of older locomotives. Applying the ideas of the freight-minded Berkshire type to the Pacific resulted in a 4-6-4 locomotive.

NYC ordered prototype No. 5200 from Alco, and subjected it to intensive testing. A fleet of 205 J-1 class Hudsons were later built, including 30 for the Michigan Central Railroad and the Cleveland, Cincinnati, Chicago & St. Louis Railway (“Big Four”) apiece. In addition, NYC subsidiary Boston & Albany Railroad ordered 20 J-2 class, 10 from Lima Locomotive Works (all other NYC Hudsons were built by Alco’s Schenectady works). A later development were 50 J-3a class Super Hudsons in 1937–1938, with many modern appliances and innovations. Over their service life The NYC Hudson locomotives eventually had road numbers arranged from 5200 to 5474. The J1 road numbers were 5200-5404, the J2 road numbers were 5405-5424, and the J3 road numbers were 5425-5474.

The forte of all Hudsons was power at top speed. They were poor performers at low speed and the presence of a booster engine on the trailing truck was an absolute necessity for starting. For this reason, they were generally favored by railroads with flat terrain and straight routes. After the NYC, the Milwaukee Road was also fond of the Hudsons, acquiring 22 class F6 and six streamlined class F7s. The Atchison, Topeka & Santa Fe Railway also had 16, while the New York, New Haven & Hartford Railroad had 10 (No. 1400-1409) streamlined I-5 4-6-4s built by Baldwin in 1937 (nicknamed "Shoreliners"). Few railroads with hilly terrain acquired any.

A booster was prone to troubles, however, and gradually fell out of favor. Instead of a complicated booster, it was deemed preferential to have an extra pair of driving wheels, and thus better traction.

Trials of dual-purpose 4-8-2 Mohawks sealed the Hudson's fate. The Mohawk was nice, but it was still more suited to lower-speed hauling than high-speed power. In 1944, NYC received permission from the War Production Board to build a new, high-speed locomotive of the 4-8-4 type, combining all the advantages of the Hudson with those of the Mohawk. Many other railroads had taken to the 4-8-4 in the 1930s, generally calling them Northerns after the Northern Pacific Railway, which had first adopted them. By being a late adopter, the NYC had the chance to build on everyone else's experience. That locomotive proved to be exceptional, and the type on the NYC was named the Niagara. Since only 27 were built, however, they only took over the heaviest and most-prestigious trains; most Hudsons labored until the end of steam on NYC.

None of the NYC Hudson units survive; all were scrapped when the railroad dieselized. Two J-1 class Hudsons, numbers 5311 and 5313, were sold to the Toronto, Hamilton and Buffalo Railway in 1948 and were renumbered 501 and 502 respectively. Both locomotives were retired and scrapped in 1954. The tender from the 502 (formerly the 5313) was retained by the TH&B and converted to a steam generator car for use on passenger trains. The generator car still survives today and is part of the Steamtown National Historic Site collection.

However, since the Peppercorn A1 60163 Tornado was completed in the UK in 2008, some volunteers known as The Hudson Steam Locomotive Revival Project (HPR) are seeking on building a live replica of the NYC J-3 Hudson to be numbered 5475 in Buffalo, New York.

Popular culture
The character Connor from the Thomas & Friends television series is stylized after a streamlined NYC Hudson. NYC Hudsons are featured on the cover of Van Halen's 2012 album A Different Kind of Truth and the Commodores 1975's album Movin' On.