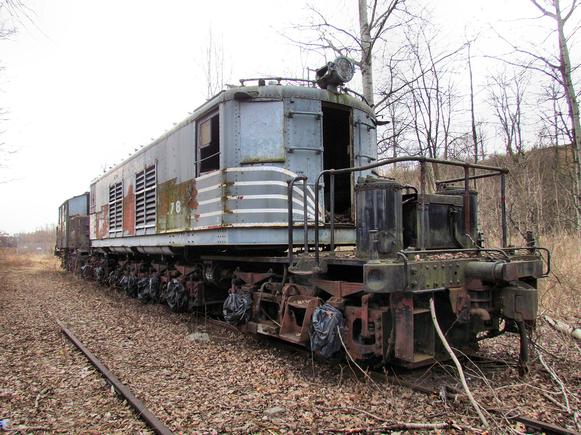 History
ALCO and GE co-built T-Motors from 1913 to 1926 to take over the main line passenger duties from the earlier and somewhat less capable S-Motor classes. Like the rest of the eastern electric fleet T-Motors were only used on the third rail territory from Grand Central Terminal on to the Hudson and Harlem Divisions. Compared to the S-Motors the T's had more power and with no non-powered wheels all of the locomotive's weight could be transferred into tractive effort. The T-Motors were also faster than the S-Motors and hauled everything from commuter trains to the 20th Century Limited. The first major blow to the fleet of T's was when the Cleveland Union Terminal electrified operations shut down in the mid 1950s, freeing up the fleet of 22 P-Motors for conversion to 3rd rail power. Although reduced to secondary duties 6 T's survived into the Penn Central era when they were finally replaced by New York, New Haven and Hartford FL9s on the Penn Central roster.