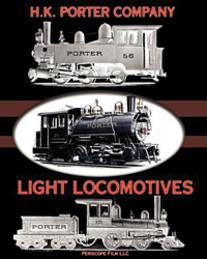 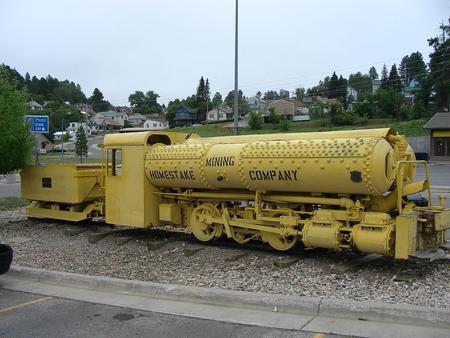 Porter was known for building locomotives that were much smaller than those normally used by the larger Class I railroads. The company's locomotives were small enough that they were often operated by only one person. Porter built mostly steam locomotives, but they also built some powered by gasoline and diesel engines, and some that ran on compressed air.

The largest collection of Porter photographs and information is currently housed in the Kentlein Porter Collection at the A. C. Kalmbach Memorial Library (a service of the National Model Railroad Association) in Chattanooga, TN. Many of the 780 builder's photos, blueprints and other locomotive data were republished in Porter Steam Locomotives, published by the library.

Timeline
1866: Henry Kirke Porter formed a partnership with John Y. Smith and they called the company Smith & Porter. The two opened a small machine shop on 28th Street in Pittsburgh, Pennsylvania, and begin repairing and building industrial equipment. They received an order for their first locomotive on March 4, 1867, and built the "Joshua Rhodes" for the New Castle Railroad and Mining Company. They went on to build 43 locomotives together, including the "Minnetonka" (currently preserved in running condition at the Lake Superior Museum of Transportation). They specialized in four wheeled, saddle tank locomotives for small industrial railroads.

1871: Fire broke out in the shop on February 7, destroying twelve locomotives under construction, the shop, and 23 adjacent structures. Total losses were estimated at $200,000, and the partnership was dissolved. Smith formed Smith & Dawson Locomotives, which became National Locomotive Works. Porter formed a partnership with Arthur W. Bell, called Porter, Bell & Co., and they built their first locomotive for the Jackson Furnace Co. of Michigan. They expanded their range to include light passenger engines and small freight engines, primarily for narrow gauge railroads. They built 223 locomotives, until Arthur Bell died in May 1878.

1878: Henry K. Porter continued the business on his own, as H.K. Porter & Co. He had established a reputation as a builder of rugged, specialized locomotives. He could custom build a locomotive quickly and efficiently, with a system of interchangeable parts; pistons, wheels and boilers in various sizes that can be combined to suit a customer's requirements. Some of the basic designs are kept in stock, and can be ordered literally "off the shelf".

1899: Henry Porter incorporated the company as the H.K. Porter Co., Inc. He built a new plant at 49th and Harrison Street in Pittsburgh. Production peaked in 1906, with almost 400 locomotives built that year.

1921: The H.K. Porter Co. was prosperous, enjoying a post-World War I reconstruction boom in Europe, and a road construction boom in the US. Porters were a favorite choice among grading contractors, who used light, portable tracks to carry the wooden tipper-cars that were the earth-moving equipment of the day. Henry Porter, still running the company at age 81, died on April 10.

1939: After a long decline, the H.K. Porter Co. declared bankruptcy. Thomas Mellon Evans purchased the company, determined to turn it around. He bought other manufacturing companies, adding them to his collection. Locomotive production increased again during World War II, and the company was recognized for its service to the country in 1942, but demand for steam locomotives dwindled post-war, and H.K. Porter became primarily a holding company for the many subsidiaries Evans had acquired.

1950: The company built its last locomotive for an industry in Brazil. The parts business and all the required patterns were sold to the Davenport Locomotive Works in Iowa.

1969: The company acquired a saw manufacturer Shurly & Dietrich, which continued operations until 1973.