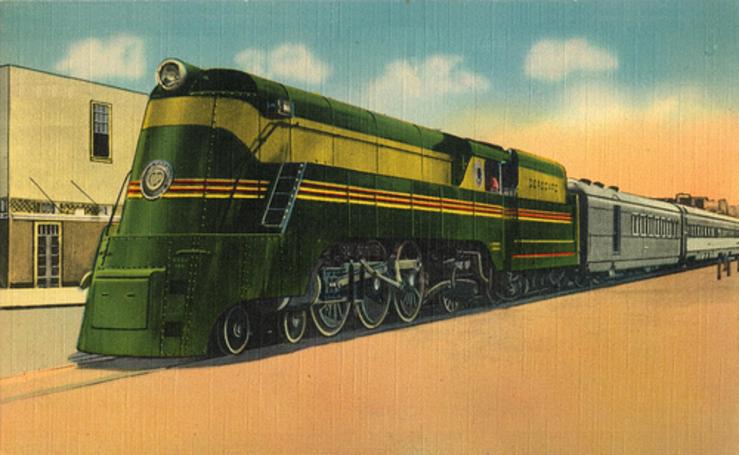 The streamlined Class P was a beauty to behold.

In 1939, the Seaboard Air Line inaugurated the Silver Meteor, a Budd-built coach train between New York and Florida pulled by an EMD E-4 locomotive. Originally, the railroad acquired a single, seven-car train set, with service every three days, and the train alternating between St. Petersburg on Florida’s west coast and Miami on Florida’s east coast. The service was so successful that Seaboard ordered two more trainsets to make the train run daily.

By 1941, Seaboard added heavyweight sleepers to the consist, requiring more locomotives. In order to provide enough power for all of its passenger trains, three Pacific-type Class P steam locomotives were streamlined. The color scheme was a dark green overall decorated with a broad gold band near the top and thin yellow and red stripes just below the footboard. These were numbered 865, 867, and 868 and were used to haul the St. Petersburg section of the Silver Meteor between Wildwood and St. Petersburg, Florida. These locomotives operated in this capacity for about a year, after which the Seaboard removed the streamlined shrouding and returned the locomotives to general service.

Most of the P class operated through World War II and were retired in the late 1940s.