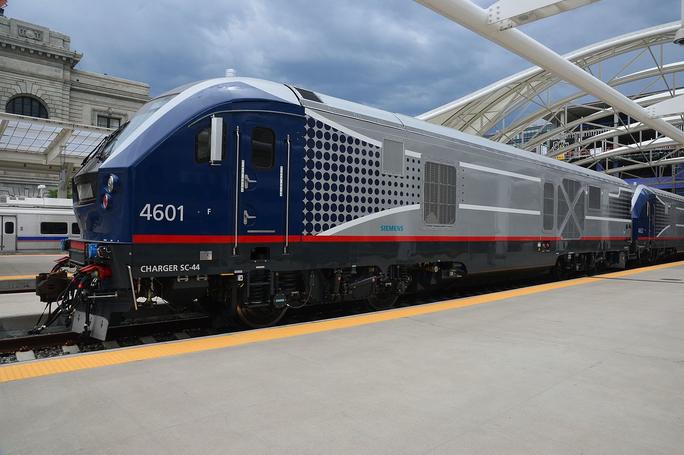 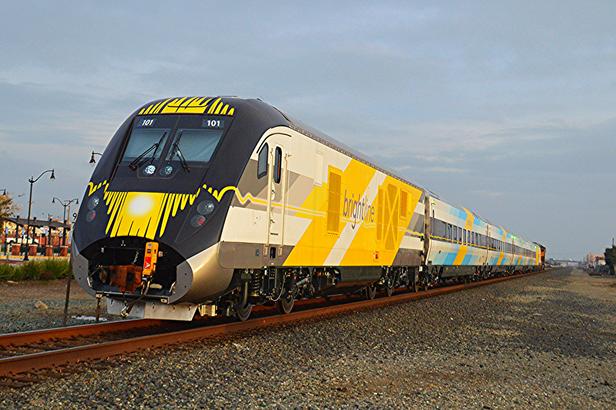 Design
The SC-44 Charger locomotive is powered by a 4,400 hp (3,300 kW) Cummins 16 cylinder QSK95 4-stroke high speed diesel engine, which is designed to meet EPA Tier IV emissions standards that took effect in 2015. Top speed in service as per PRIIA specifications is 125 mph (201 km/h). The overall design and layout of the locomotive is shared heavily with its electric counterparts in Europe (the Vectron) and the United States (the ACS-64), diesel equipment aside. Power to the AC traction motors is delivered from the main alternator via four IGBT inverters (one per motor), with head-end power being supplied by a static inverter off of the main prime mover. The locomotive also features dynamic braking with regenerative capability, allowing the locomotive to divert power generated by dynamic braking away from the resistor grids to HEP and on-board locomotive auxiliary power demands.

In response to a 2013 RFI from Metro-North Railroad, Siemens indicated the possibility of producing a dual-mode variant of the Charger with onboard energy storage for use by Metro-North and Long Island Rail Road, as well as intercity service on Amtrak's Empire Corridor. These would supplement/replace the existing GE P32AC-DM locomotives, as well as the EMD DE30AC and DM30AC locomotives.

Service history
The first two Charger locomotives to leave Siemens' Sacramento factory were transported to the Transportation Technology Center in Pueblo, Colorado in June 2016 and underwent testing of performance metrics such as acceleration and braking. The first Brightline locomotives were delivered in December to undergo testing in Florida ahead of the service's planned launch in mid 2017, while additional locomotives destined for Amtrak service underwent testing for federal certification requirements beginning in February 2017 along the Cascades corridor in the Pacific Northwest. On April 19, the locomotives began testing in Illinois. The locomotive made its first test run across Missouri from St Louis to Kansas City on April 25, 2017, with the California units beginning the month-long pre-revenue testing on the Capitol Corridor and San Joaquin routes in May. Contingent on successful completion of testing, the first locomotives to operate for Amtrak are scheduled to enter service by the end of 2017.

Customers
Amtrak (state corridors)
The Illinois Department of Transportation, in conjunction with its counterparts in California, Michigan, Missouri and Washington, purchased 32 locomotives for corridor service operated by Amtrak in March 2014. Included in this $225 million order were options for an additional 75 corridor-configured locomotives and 150 locomotives configured for long distance service, with the long distance locomotive being fitted with a larger 2,200 US gallons (8,300 l; 1,800 imp gal) fuel tank as opposed to the 1,800 US gallons (6,800 l; 1,500 imp gal) tank on the corridor locomotive. California units have an aerodynamic spoiler on the rear roof that matches the height of bi-level California Cars and Surfliner cars.

MARC
MARC announced in August 2015 that it was seeking $58 million to purchase eight locomotives to replace their aging electric fleet, with deliveries planned for late 2017. The purchase was approved by the Maryland Board of Public Works on September 16, 2015. The MARC order uses part of the Amtrak state-corridor options.

Brightline
Brightline purchased ten locomotives with options for an additional eleven. The locomotives will be used in pairs, bookending five passenger cars (expandable to seven) on a new rail system between MiamiCentral and Orlando International Airport Intermodal Terminal. The locomotives for Brightline are built with a streamlined front end, concealing the front coupler behind doors.

Proposed
Northern Lights Express, a proposed higher-speed passenger service in Minnesota, has tabbed Charger locomotives to power the train when it opens in 2020. However, no purchase has been made.

Illinois Department of Transportation (IDOT) No. 4601 being transported for testing in 2016.

A Streamlined version of the SC-44 for Brightline. The coupler in front of the locomotive is usually concealed. 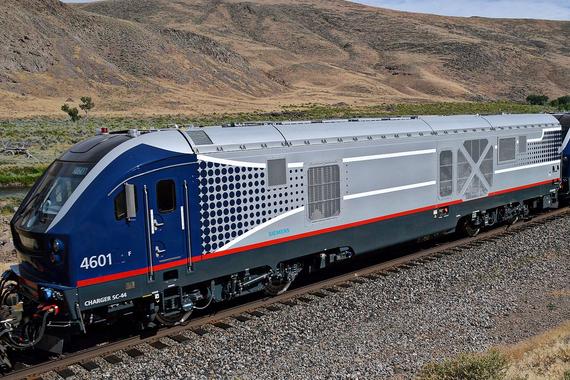