History
In 1943 when the Southern Pacific Railroad placed an order for fourteen new "Daylight" locomotives from Lima, World War II was raging, and the War Production Board dictated what types of locomotives could be manufactured. SP's order was turned down, with the government declaring that streamlined passenger engines were not necessary and would not help in moving wartime traffic. Southern Pacific re-designed the engines for general service and it was finally approved. The smaller and power-starved Western Pacific Railroad was also looking for locomotives at the time and had first requested diesels, then a different style of steam locomotive. The War Production Board instead diverted six GS-6s (reportedly to have been numbered SP 4470-4475) to the WP. SP patented items were not included and the WP requested Franklin boosters be installed, making them slightly different from the SP engines upon delivery. The WP referred to them as GS-64-77s.

The GS-6 looked similar to the GS-2 with a silver smokebox with a cone-shaped single headlight casing and 73-inch drivers. Like all GS engines they had teardrop classification lights and an air horn to supplement their whistle. They retained the skyline casing on the top of the boiler but did not have the side skirting of previous GS locomotives. Southern Pacific's GS-6s also lacked the orange and red "Daylight" paint scheme that the previous GS engines so famously wore. Western Pacific's GS-6s received "elephant ears" similar to that of the Union Pacific Railroad's 4-8-4 locomotives.

The GS-6s were used by Southern Pacific for the San Joaquin Daylight, as well as San Jose-San Francisco commuter trains and freight service.

The Western Pacific used its GS-6s (GS-64s as WP classified them) on passenger trains and in freight service as well. They acquired a different look from their SP sisters when the WP applied the "elephant ear" style smoke deflectors to all six locomotives. When the Western Pacific dieselized in 1953 they sold three GS-64 engines (WP 481, 484 and 485) to Southern Pacific for spare parts, but kept the tenders and converted them to steam generators for rotary snowplows.

A book about the GS-6 is available at: http://www.quickpicbooks.com/files/SP_GS6book.html 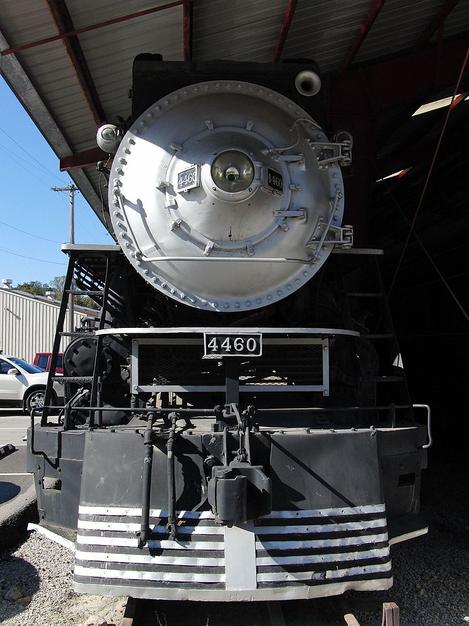 Southern Pacific GS-6 No. 4460 at the Museum of Transportation. 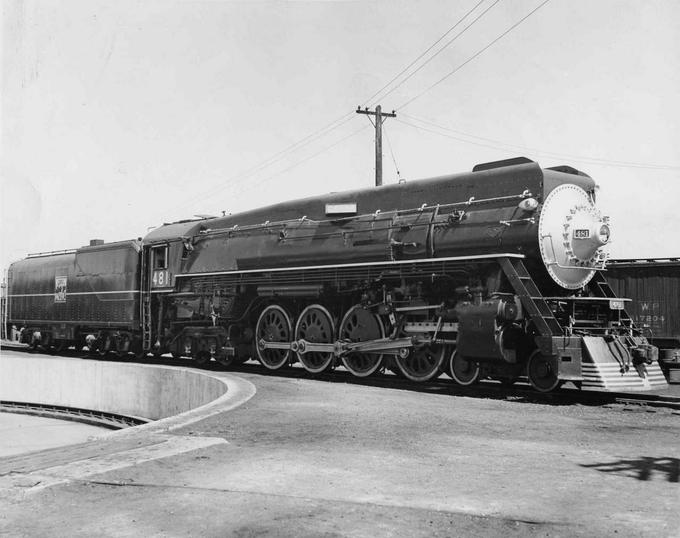