In February 2015, Union Pacific officials said that UP 3985 might be returned to excursion service after the restoration of Union Pacific 4014, and would in that case become the world's second-largest operating steam locomotive after UP 4014.

Design
Designed by UP chief mechanical engineer Otto Jabelmann in 1941, UP 3985 was part of the second order of this second version of the Challenger. The design drew on recent experience with the enormous 4-8-8-4 Big Boy locomotives, and resulted in a locomotive in working order weighing 317 tons (288 t; 283 long tons) accompanied by a tender weighing 174 tons (158 t; 155 long tons) when 2/3 loaded. Calculated tractive effort is 97,350 lbf (433.0 kN). The Challenger class was intended to speed up freight operations on the 0.82% grades across Wyoming; the 1.14% Wasatch climb east from Ogden was to be conquered by the Big Boys without helpers. The Challengers and Big Boys arrived on the scene just as traffic was surging in preparation for American participation in World War II.

Service and Restoration
UP 3985 operated in its last "revenue" train service in 1957. The locomotive was retired about 1962 and after many years of storage in a roundhouse at Cheyenne, Wyoming, UP 3985 was placed on an outdoor display beside the Cheyenne depot in 1975. Beginning in 1979, a group of Union Pacific employee-volunteers started work on restoring the locomotive, and it was returned to operational condition in 1981. Originally a coal-burner, to prevent lineside grass fires it was successfully converted to oil firing in 1990. In 1991, No. 3985 was chosen to pull the Clinchfield Santa Train (as Clinchfield 676). Stationed at Cheyenne with other equipment in the UP's heritage collection, it was currently used for excursion trains and occasionally mainline freight on ferry moves. It was in the maintenance shop at Cheyenne in 2007 and underwent necessary repairs for service in 2008. In September 2010, No. 3985 was selected to pull the Ringling Brothers and Barnum & Bailey Circus Train from Cheyenne to Denver, Colorado, where the circus held a special performance to celebrate P.T. Barnum's birthday. It last ran in October 2010 and since then has been stored in Cheyenne. On February 26, 2015, Union Pacific senior manager of Heritage Operations Ed Dickens Jr. announced that UP 3985 will return to excursion service in the future once Union Pacific 4014 finishes its restoration, slated for 2019.

According to UP Steam Shop employees, 3985 needs a complete firebox replacement and extensive boiler reconstruction. Restoration will largely depend on the economy once UP 4014 Big Boy is restored. The good new is that when parts were ordered for Big Boy 4014, parts were also ordered for Challenger 3985.

A UP 3985 Slideshow from October 2010. That's Steve Lee at the throttle just prior to his retirement. 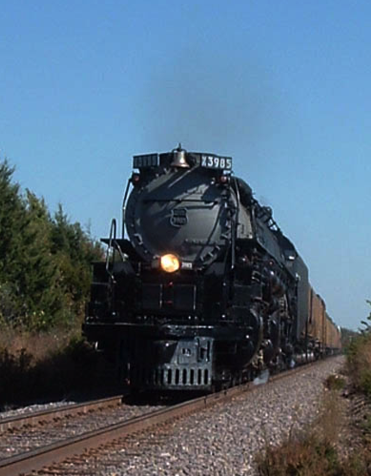 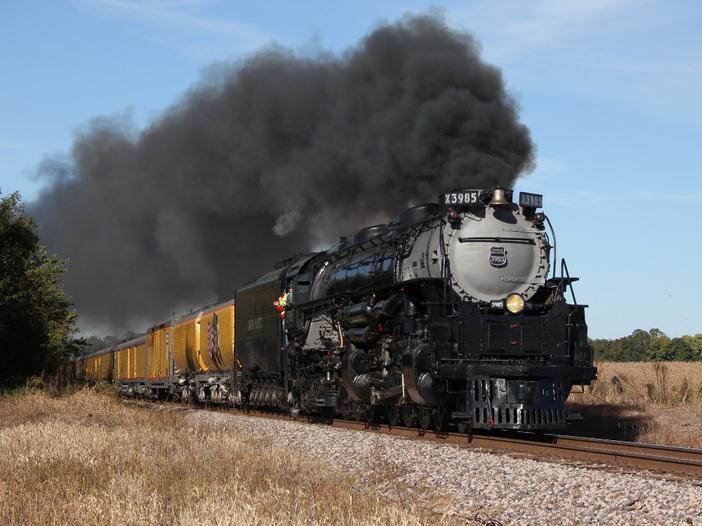 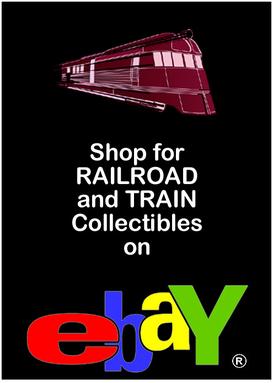