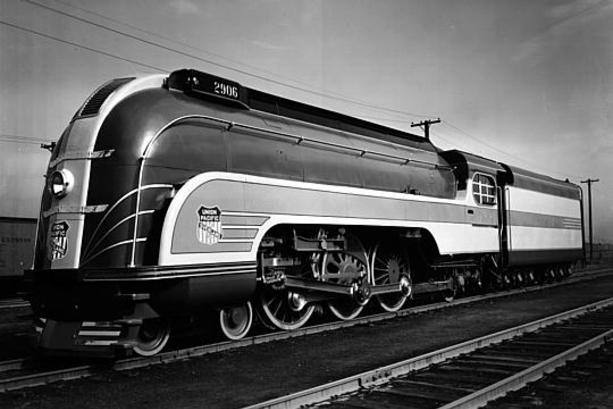 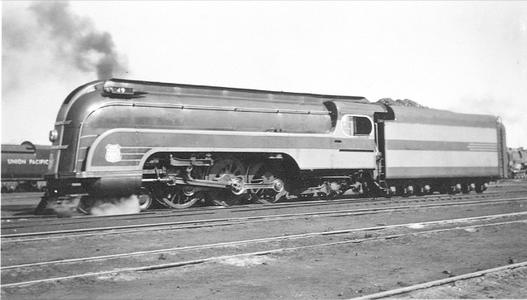 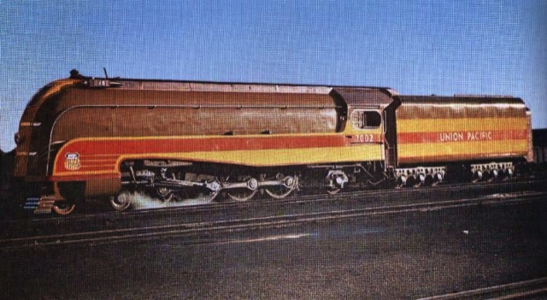 The UP Streamlined 49er locomotives, although similar in appearance, were actually two altogether different types of locomotives. The Union Pacific's Omaha Shops streamlined two of their existing locomotives in 1937.

Locomotive No. 7002, a 4-8-2 Mountain-type, was built to pull heavy passenger trains over the Rocky Mountains and had massive 6-foot wheels driven by 4,000 horsepower.

These two locomotives were streamlined primarily to serve as relief power for the dieselized Cities streamliners between Omaha and Denver or Ogden.

Both the Pacific 2906 and Mountain 7002 served between 1939 and 1941 on the Forty-Niner, a heavyweight, all-Pullman streamliner departing five times a month from Chicago to San Francisco, site of the Golden Gate Exposition. Both of the locomotives were painted in UP's prewar streamliner colors of Armour Yellow, Leaf Brown, and Scarlet.

No. 7002 went on to an incredible 32-year career as a rescue locomotive for stalled engines.