Virginian Railway EL-C Electric Locomotive
The Virginian EL-C was a type of electric locomotive built for the Virginian Railway by General Electric in August 1955. They were the first successful production locomotives to use Ignitron (mercury arc) rectifier technology. Although they proved to be a very successful design, no more EL-C's were ever built, due to the small number of railroads that had electrification and the advent of improved electric locomotive technology.

History
The Virginian electrified a section of its line through the Appalachian mountains in the mid-1920s with an 11,000 volt, 25 Hz AC system. The electrification was widely regarded as a success, but probably because of its huge cost, the Virginian never extended this electrification.

The Virginian originally used a fleet of three-unit boxcab locomotives designated EL-3A. These were supplemented in 1946 by two pairs of two-unit streamlined locomotives designated as EL-2B. By the 1950s, the EL-3A fleet was becoming life-expired, and Virginian went to GE for new locomotives as replacements. The locomotives were delivered to the Virginian between October 1956 and January 1957 and numbered 130-141. GE used then-new Ignitron rectifier technology, first used on the experimental Pennsylvania Railroad E2c and E3b locomotives. Although this same technology was used with less-than-optimal success on the earlier EP-5 locomotives built for the New York, New Haven and Hartford Railroad, it worked flawlessly on the Virginian’s EL-Cs due to the much larger area available in the EL-C (which lacked the steam generator/fuel tank and weight restrictions necessitated in the EP-5).

In December 1959, the Virginian Railway merged with the Norfolk and Western Railway. The N&W renumbered the locomotives 230-241. Only one of the locomotives was repainted, it being No. 235, which required it, after an accident. The N&W only routed eastbound traffic over the former Virginian, with all westbound traffic going over the N&W’s original route. The electrification system became surplus to requirements and was shut down in June 1962. Locomotive #230 was rebuilt as a road slug the next month and renumbered 180. All of the locomotives were sold to the New Haven which classified them as EF-4, and renumbered them 300-310 (N&W #180 was used as a parts source for the others). In 1969, new owner Penn Central re-classed them as E33 and renumbered the 300 and 302-310 as 4601-4610 (New Haven #301 was damaged in an accident and scrapped). Retained and repainted by Conrail, all 10 E33s were retired at the end of March 1981 when Conrail shut down its electric freight operations. 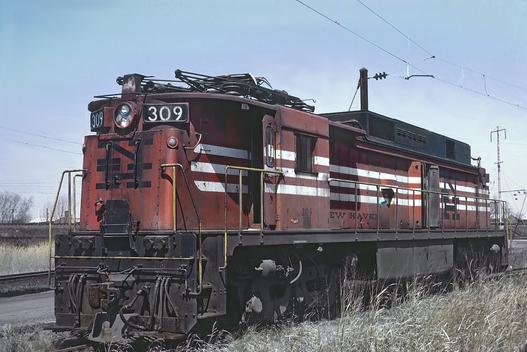 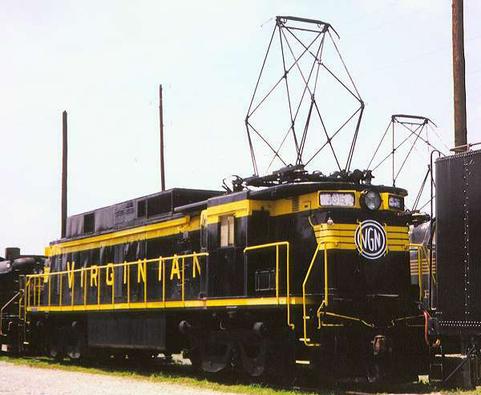 Preserved:
131 at Railroad Museum of New England
135 at Virginia Museum of Transportation