Westinghouse-Baldwin Gas Turbine Electric No. 4000 “The Blue Goose”
Westinghouse-Baldwin No. 4000 was an experimental 4,000-hp B-B-B-B demonstrator locomotive built in 1950. The unit was powered by two relatively small 2,000-hp gas turbines mounted side-by-side within a 77 ft 10 in carbody. Each turbine drove two generators, which in turn supplied power to four axles.

The odd-looking nose of the unit was very similar to earlier Raymond Loewy designs used on the Baldwin “Sharknose” locomotives, and incorporated a prow that slanted in a forward direction. The unit was painted powder blue and gray with orange stripes on the nose, and the nickname “Blue Goose” was soon adopted.

The four two-axle road trucks were similar to those used on Baldwin road switchers. Unlike trucks used on other large units, there were no bolsters between pairs of trucks. Instead, the carbody slid transversely over the trucks, contained by a spring system. The end result of this design was an extremely smooth ride.

Its demonstration tours included passenger service on the Pennsylvania, Missouri-Kansas-Texas, and Chicago & North Western, and freight service on the Pittsburgh & Lake Erie and Union Railroads. The unit had favorable results when compared to two EMD E7 Diesel-Electric locomotives, but the radical differences in design were too much for the unit to catch on. After two years of extensive demonstration, there were (sadly) no buyers, and the unit was sent back to the Westinghouse Combustion Turbine Systems Division in East Pittsburgh, Pennsylvania and was eventually scrapped. It was around this time as well that Westinghouse made the decision to exit the locomotive business.

No. 4000 at the Westinghouse plant, East Pittsburgh, Pennsylvania. 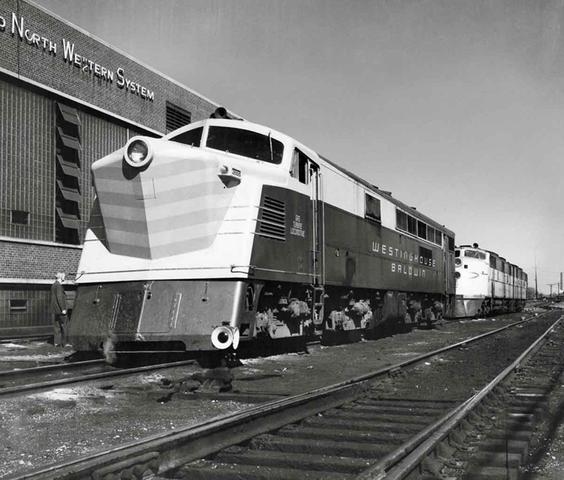 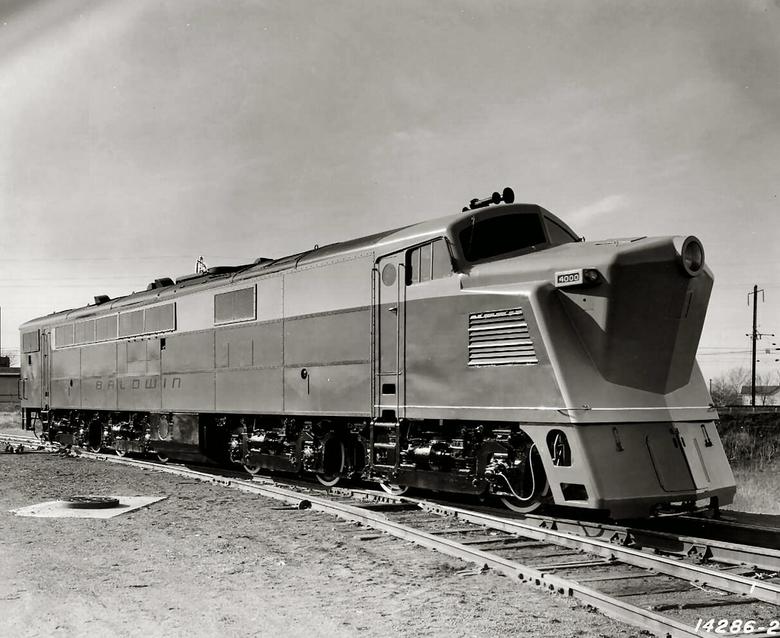 No. 4000 at the Chicago and North Western's Chicago facility.  Wallace W. Abbey photo.