Willamette Locomotive No. 7, on static display at the Fort Missoula Museum. 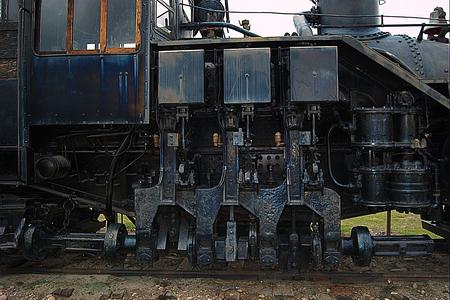 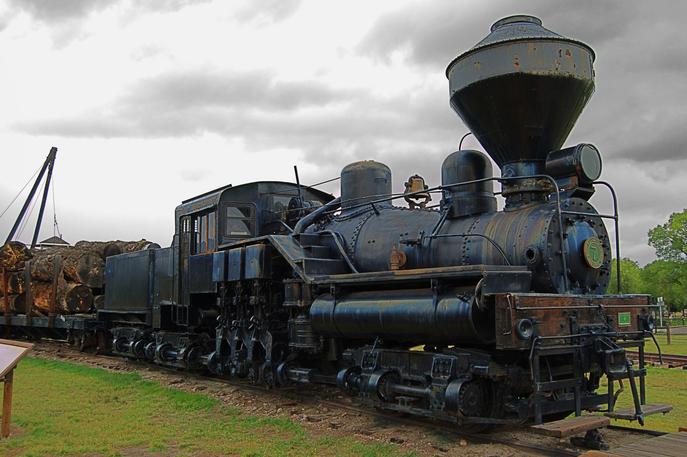 The Willamette locomotive was very similar to a Shay, but had many differences, as the company that made them intended on making an "improved Shay", even though the "Pacific Coast Shay", later made by Lima, took up many of the features on the Willamette. The differences were:

All Willamettes were equipped with superheaters, while Shays usually were not.
The boiler parts were welded together, instead of being bolted together.
The Willamette locomotive used Walschaerts valve gear, while the Shay mainly used Stephenson valve gear.
The rear cylinder on the Willamette was facing the same direction as the rest of the cylinders, while the two front cylinders on a Shay faced forward, with the rear cylinder facing backwards.
The back cylinder on a Willamette was moved forward of the cab, while in a Shay, the back cylinder was almost protruding into the cab.
The valve chests were turned outward.
The truck springs were inclined towards the bolster.
In a test done between a Shay and a Willamette, the Shay pulled 27 empty cars, while the Willamette pulled 29 empty cars, as well as using 40% less fuel.

All but one Willamette burned oil, despite their working for logging companies, where wood would be abundant. Oil burners produced few sparks, however, and were less likely to ignite a forest than coal- or wood-fired locomotives. The only coal-fired Willamette worked for Anaconda Copper.

Six Willamettes survive; only one is operational at the Mt. Rainier Scenic Railroad in Mineral, Washington.

Cylinder detail of the Willamette.