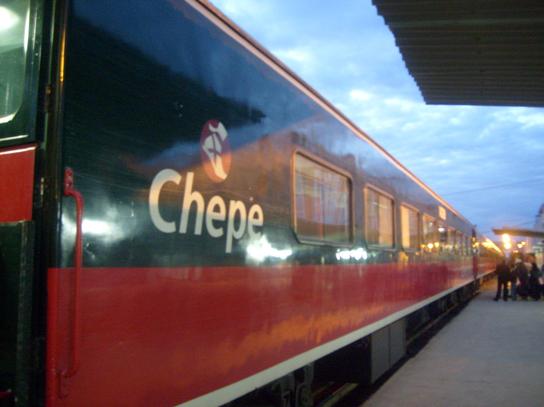 By Cocojorgemedina (Own work) [Public domain], via Wikimedia Commons 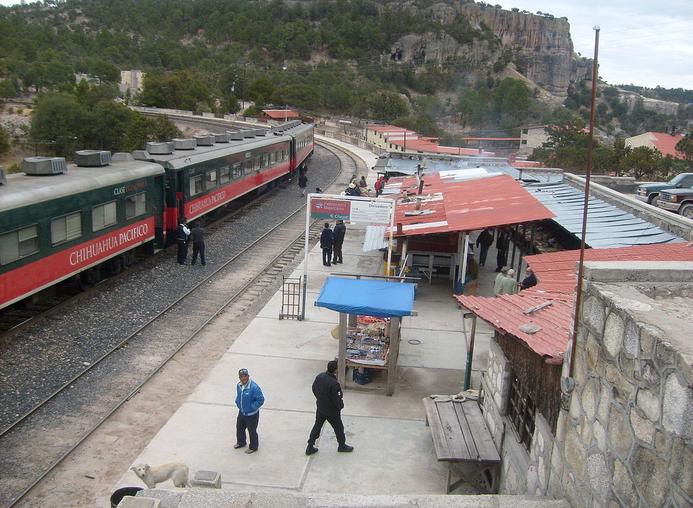 Divisadero, the intermediate station of the route.

By Cocojorgemedina (Own work) [Public domain], via Wikimedia Commons

The tracks pass over 37 bridges and through 86 tunnels, rising as high as 2,400 m (7,900 ft) above sea level near Divisadero (the continental divide), a popular lookout spot over the canyons. Each one-way trip takes roughly 16 hours. The track also crosses over itself to gain elevation.

History
The concept of the railroad was officially recognized in 1880, when the president of Mexico, General Manuel González, granted a rail concession to Albert Kinsey Owen of the Utopia Socialist Colony of New Harmony, Indiana, USA, who was seeking to develop a socialist colony. The railroad was actually built by Arthur Stilwell as the Kansas City, Mexico and Orient Railway, starting about 1900. Financial difficulties due to the cost of building a railroad through rugged terrain delayed the project, and the ChP was not completed until 1961. The private rail franchise Ferromex took over the railroad from the Mexican government in 1998.

Schedule
In general, two passenger trains run daily: one a slightly slower service with more stops for locals—15 official stops and more than 50 flag stops where boardings or disembarkations can be made at passenger request—and the other a direct service for tourists that is faster and more expensive.[5] First class trains are composed of two to three cars, each holding 64 passengers. Second class trains are composed of three or four cars, each holding 68 passengers.

There is also regular cargo service running between Topolobampo and Chihuahua which might be further increased and extended so as to connect with the Texas Pacifico Transportation Railroad at the Ojinaga Presidio Crossing into the United States as a part of the La Entrada al Pacifico.

On its way from Los Mochis to Chihuahua it runs through El Fuerte, Temoris, Bahuichivo, Posada Barrancas, Divisadero, and Creel, among others. 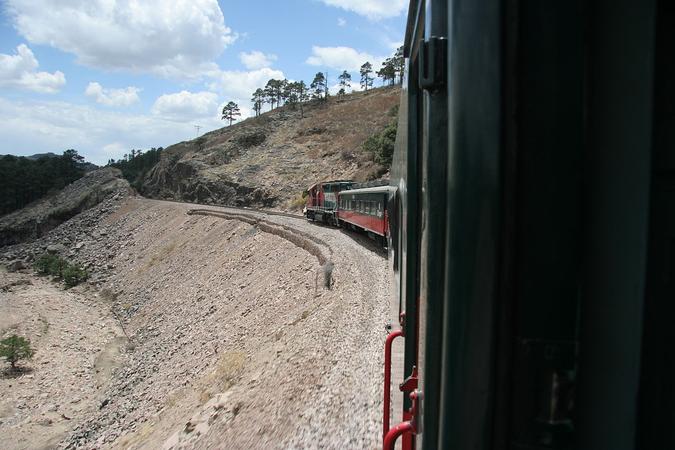 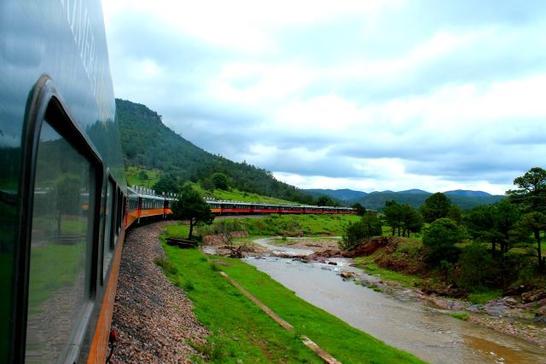 Lateral view of the Chihuahua-Pacific railroad, "El Chepe"between Chihuahua and Los Mochis by a river in Sinaloa.

By Alexorsc (Own work) [CC BY-SA 4.0 (http://creativecommons.org/licenses/by-sa/4.0)], via Wikimedia Commons