Ferrocarriles Unidos De Yucatan, No. 39, a typical Baldwin 4-6-0 of the railway. 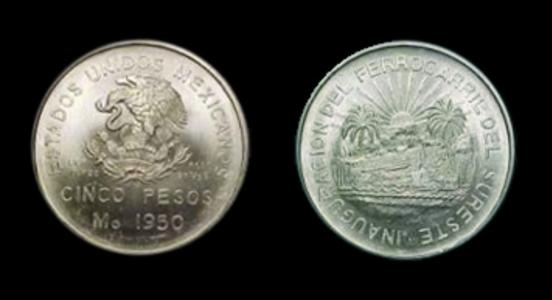 In 1902, three separate rail lines and two pier companies merged to form the United Railways of the Yucatan.  With the exception of the standard gauge Merida to Progresso line the entire railway was all narrow gauge until the completion of the Sureste made it advisable to standardize the line from Merida to Campache.

Five of this railroad's steam locomotives were bought by Roger Broggie on behalf of the The Walt Disney Company in 1969. Four of these were completely rebuilt and are currently operating on the Walt Disney World Railroad.

The Mexican five peso coin of 1950 commemorating the completion of the Sureste. 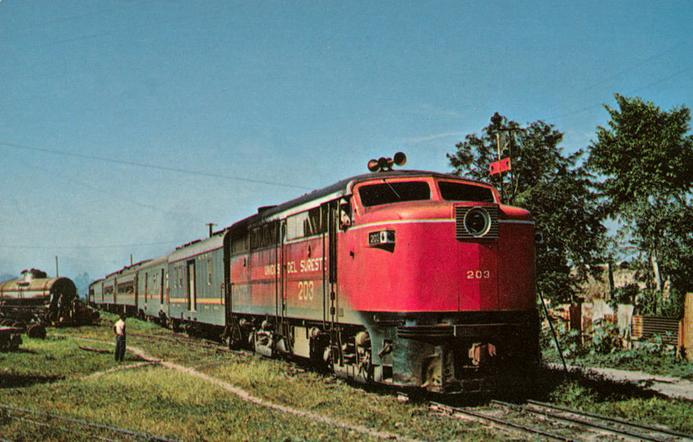