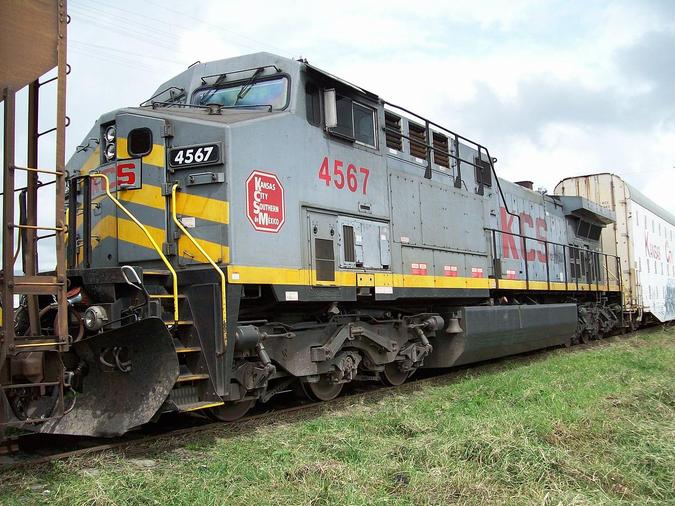 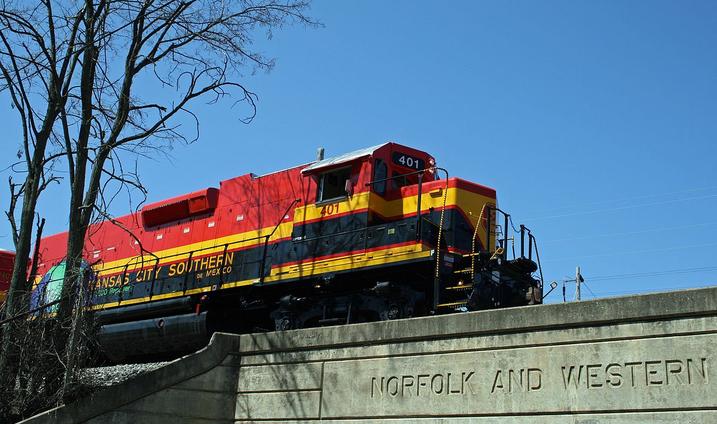 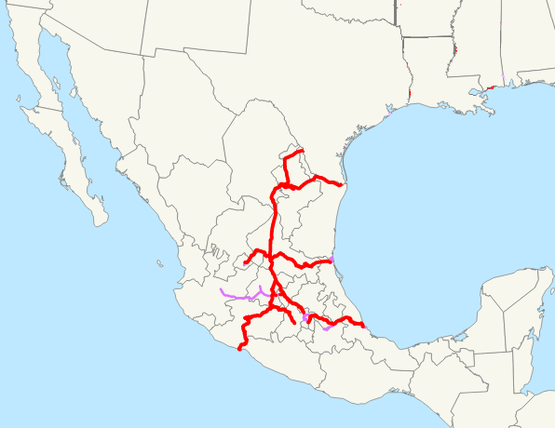 Kansas City Southern de Mexico No. 401, an EMD GPTEB-C Slug, sits on an overpass in Roanoke, VA on April 2, 2010. This and mother unit KCSM No. 2402 are being tested by the Norfolk Southern.   By jpmueller99 from Shenandoah Valley of VA, USA [CC BY 2.0 (http://creativecommons.org/licenses/by/2.0)], via Wikimedia Commons

History
Kansas City Southern de México was originally formed in 1996 when Kansas City Southern Industries and Transportación Maritima Mexicana (TMM) purchased a government concession to operate on a rail system in Mexico. It was the Mexican President, Ernesto Zedillo who proposed the privatization of the Mexican railways because the Mexican railway system had fallen into a state of disrepair and needed drastic work to become profitable. Since the late 1930s, Mexican trains and tracks were property of the government as Ferrocarriles Nacionales de México (Mexican National Railways). The nationalized railroad operated successfully for many years, yet, by the 1990s, the system was so poorly run, that US railways would not even send rail cars into Mexico, for fear that they would not be returned. When the decision to privatize the railroad was made, only 15% of freight was moved by rail in Mexico (versus 42% in the US).

The most sought-after portion of the concessions, called the Northeast Railroad, was bid on by many major companies, including the United States's largest railroad company, Union Pacific Railroad. This concession included about 3,638 km (2,261 mi) of track with connections to many key cities, including Monterrey, Mexico City, and Laredo. This track carried 46% of all rail traffic in Mexico and 60% of all freight coming from the United States. KCSM and TMM bid and won the concession for $1.4 Billion USD for the rights to operate the concession, each paying 49% and 51%, respectively.

11 of 14 of Mexico's auto assembly plants, plus two more under construction, are located on the railroad. Automobile traffic (autos and parts) accounted for 9% of the 2012 total carloads.