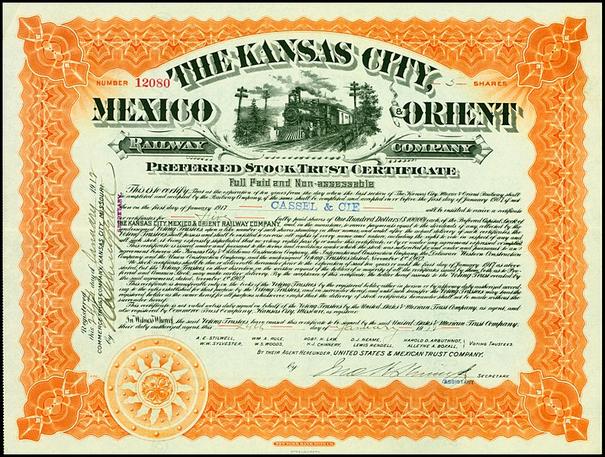 Map of the proposed KCM&O and the companies controlled by Edwin Hawley, between which a traffic arrangement was made.

The United States portion was incorporated in 1900 as the Kansas City, Mexico, and Orient Railway, and completed between Wichita, Kansas, and Alpine, Texas. Grading took place between El Dorado and Bazaar, Kansas. Primary shops were first located in Fairview, Oklahoma. In 1910, the Fairview shops were destroyed by fire and the shops were then re-established in Wichita. It was forced into bankruptcy in 1912, but its receiver, William T. Kemper, was to make a fortune when oil was discovered under its tracks. In 1914, it was reorganized as the KCM&O Railroad. Another reorganization in 1925 returned it to its original name. It was popularly called The Orient railroad.

The KCM&O was acquired by the Atchison, Topeka and Santa Fe Railway in 1928, mainly to gain access to the West Texas oil fields. The Santa Fe then sold the Mexican portions. Operating rights on the portion (South Orient Rail Line) from San Angelo to Presidio later were awarded to Texas Pacifico Transportation.

At the end of 1925, KCM&O and KCM&O of Texas together operated 738 miles of road on 859 miles of track; they reported a total of 330 million net ton-miles of revenue freight and 8 million passenger-miles. 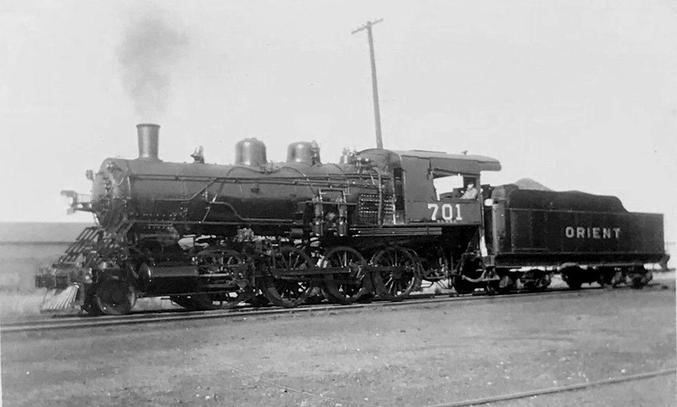 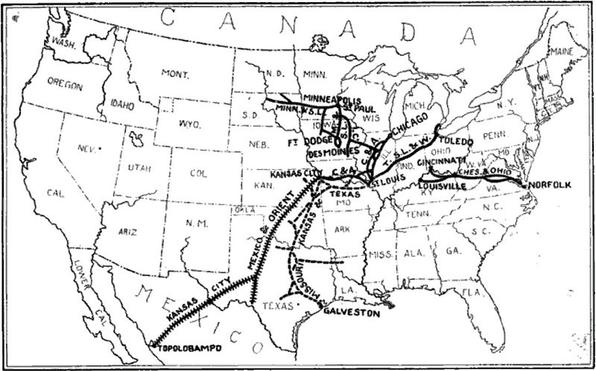 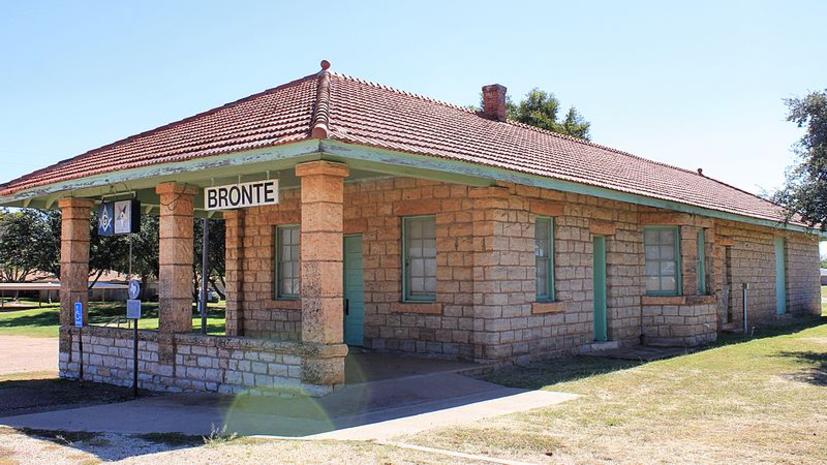 The former train station in Bronte, Texas. The station was designated a Recorded Texas Historic Landmark in 1989. Text from the state historical marker reads: "Built by local stonemason James C. Lammers (1874-1942), this depot was completed in 1911, two years after the first train arrived in Bronte. Built of locally quarried materials, the depot features stone lintels and window sills and a red tile roof. Originally owned by the Kansas City, Mexico, and Orient Railway, the Bronte depot was sold in 1928 to the Atchison, Topeka, and Santa Fe Railway Company, which discontinued operations here in 1967. Recorded Texas Historic Landmark - 1989"  Larry D. Moore [CC BY-SA 4.0 (https://creativecommons.org/licenses/by-sa/4.0)]