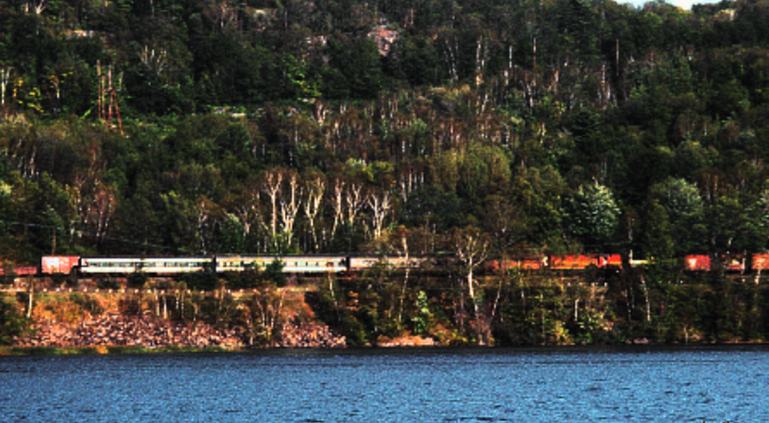 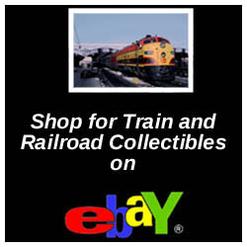 The Ambassador passing a freight in New Hampshire in September 1965.  Photo by Roger Puta.

The Ambassador (B&M)
The Ambassador was a passenger train that traveled from Boston, Massachusetts and New York City, New York to Montreal, Quebec. The train was jointly operated by the Boston and Maine Railroad, the Central Vermont Railroad, and the Canadian National Railway. Beginning service on April 26, 1926, the Ambassador operated on a daytime schedule between Boston and Montreal, with coach, dining, and parlor cars in the consist. There were also through cars to New York City offered until the mid-1950s, split from the Ambassador's consist in White River Junction, Vermont and added to the Connecticut Yankee train for points south.

In 1956, with traffic declining, through service to Boston from Montreal was terminated, replaced with a transfer to Boston and Maine rail diesel cars at White River Junction, and the Ambassador name was applied to the Montreal—New York City train, which by 1958 lost food service and consisted only of coaches. On September 3, 1966, the Ambassador was discontinued after its operators sought and received approval from the Interstate Commerce Commission to terminate service.