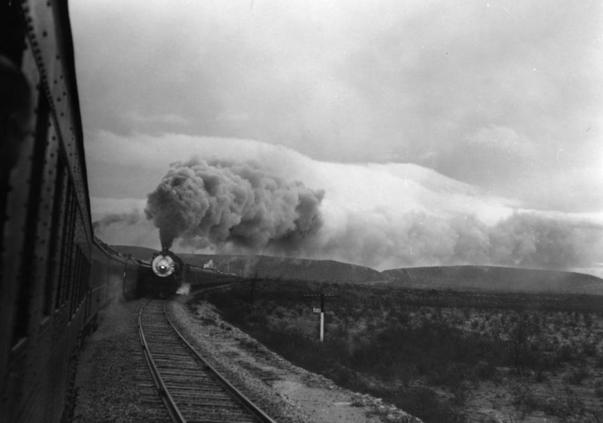 The Argonaut was the Southern Pacific Railroad's secondary passenger train between New Orleans and Los Angeles via Houston, San Antonio, and El Paso, Texas; Tucson, Arizona; and Palm Springs, California. It started in 1926 on a 61 hr 35 min schedule Los Angeles to New Orleans, five hours slower than the Sunset Limited; it was discontinued west of Houston in 1958. (It was also dropped from May 1932 until May 1936.) In earlier years it carried sleeping cars from New Orleans to Yuma that would continue to San Diego via San Diego & Arizona Eastern, a SP subsidiary. Westbound trains carried sleeping cars from New Orleans and Houston to San Antonio.

The Sunset Limited was the premier SP train on the "Sunset Route" — and probably on the whole SP system — and the Argonaut was slower, needing fifty hours between New Orleans and Los Angeles, while after 1950 the Sunset Limited needed forty-two. In summer 1936 the Argonaut took about 58 hours each way via Lordsburg and Maricopa, leaving New Orleans at 11 PM and Los Angeles at 8 PM; in summer 1946 about the same, but eastward via Douglas.

Unlike the first-class Sunset Limited the Argonaut was a train for economy travel, carrying standard coaches and few standard sleepers, allowing people to travel at moderate prices but with full dining and sleeping car service.

Through its life the train had olive green and black heavyweight passenger cars, pulled by steam locomotives like the GS-1 4-8-4 or MT-4 4-8-2, sometimes even a Cab Forward 4-8-8-2. In its last years the train was pulled by EMD F7 or ALCO PA/PB diesel locomotives.