The Pennsylvania ended through service north of Washington in 1956. Through service to Memphis, Tennessee (connecting in Chattanooga) ended on 31 January 1967. The Southern Railway dropped the name itself on February 1, 1970; service south of Bristol ended August 11, 1970, although a rump train operated north from Birmingham to the Alabama/Tennessee border for a few more months. The train was the last to serve Chattanooga's Terminal Station. At the start of Amtrak on May 1, 1971, the former Birmingham Special remained as a Washington—Bristol service. The Norfolk & Western joined Amtrak; Amtrak chose not to continue the Lynchburg—Bristol portion of the train. This left the Southern Railway, which had not joined Amtrak, with the Washington—Lynchburg train as the sole remnant.

The Birmingham Special was a named passenger train operated by the Southern Railway, Norfolk and Western Railway, and Pennsylvania Railroad in the southeastern United States. The train began service in 1909 and continued, with alterations, after Amtrak assumed control of most long-haul intercity passenger rail in the United States on May 1, 1971. The Birmingham Special is the namesake of the famed big band tune "Chattanooga Choo Choo." 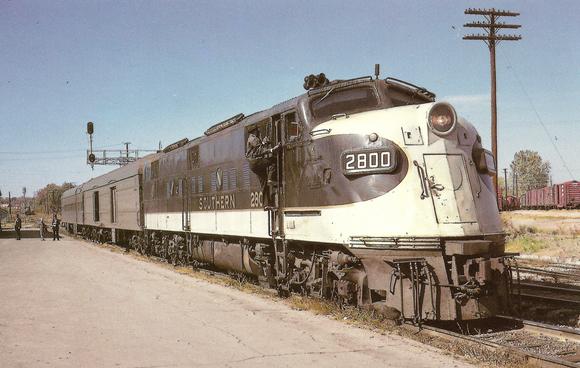