In 1949 the PRR again re-equipped the Broadway Limited with new streamlined equipment. The all-sleeper train carried compartments, bedrooms, duplex rooms, roomettes for a single occupant and drawing rooms for three persons. The buffet-lounge-observation cars built by Pullman Standard were named Mountain View and Tower View. They had squared-off observation ends, instead of the tapered or rounded ends in the 1938 version, and contained two master rooms with radio and showers.

Also introduced was a twin-unit dining car and a mid-train lounge car, such as Harbor Rest, described by a PRR brochure as "cheerful, spacious ... richly appointed for leisure with deep, soft carpets ... latest periodicals are in the libraries." The February 1956 Official Guide listed the westbound Broadway Limited (train 29) consist as having fourteen cars normally assigned: nine sleeping cars between New York and Chicago, one additional sleeping car from New York continuing through to Los Angeles on the Santa Fe's Super Chief, the twin-unit dining car, lounge car, and observation car. The train departed New York at 6:00 p.m. Eastern Standard Time and arrived at Chicago the following morning at 9:00 a.m. Central Time.

Six tracks south of the Chicago Union Station were busy on this autumn day in 1963. Burlington commuter train (center) backs into the station. The Morning Zephyr is pulled by a switcher on its way to be washed, turned and cleaned for its return run to the Twin Cities as the Afternoon Zephyr. Pennsylvania's The General is departing for New York and the Broadway Limited, which has just arrived from the East, is backing into the terminal.      [Six Tracks of the Chicago Union Station], Photograph, 1963; (http://texashistory.unt.edu/ark:/67531/metapth28737/ : accessed October 08, 2015), University of North Texas Libraries, The Portal to Texas History, http://texashistory.unt.edu; crediting Museum of the American Railroad, Dallas, Texas.

History
Pennsylvania Railroad
The Pennsylvania Special was one of nine express trains the Pennsylvania operated between New York City and Chicago. On November 14, 1912 the Pennsylvania renamed it the Broadway Limited, to avoid confusion with the similarly-named Pennsylvania Limited. The name, though spelled as "Broadway", honored the Pennsylvania's four-track "broad way" main line. In the heavyweight era the Broadway Limited was an extra-fare, all sleeper (no coach service) train with an open-platform observation car at the end, such as Continental Hall and Washington Hall. The scheduled running time was 20 hours until it was reduced to 18 hours in 1932. Further reductions took place between 1932 and 1935, with the final heavyweight running time at 16 hours, 30 minutes.

On June 15, 1938, the Broadway Limited received lightweight streamlined cars to replace its heavyweight steel cars; on the same day rival New York Central's 20th Century Limited was streamlined. Raymond Loewy styled the new cars and the PRR GG1 electric locomotive as well as some streamlined steam locomotives for the Pennsylvania, notably the S1 and T1 Duplex drive engines. The Broadway Limited was one of four pre-World War II Pennsylvania trains to receive such equipment; the others being the General (New York–Chicago), Spirit of St. Louis (New York–St. Louis), and Liberty Limited (Washington–Chicago). Other Pennsylvania trains continued to use heavyweight cars until after the end of World War II. Most of the 1938 cars were built new by Pullman-Standard between March and May of that year, but the diners, RPO and baggage cars were rebuilt from heavyweight cars by the railroad's Altoona shops. The Broadway Limited was the only Pennsylvania train to be completely re-equipped with lightweight sleeping cars before World War II. The train's running time was further reduced to 16 hours. 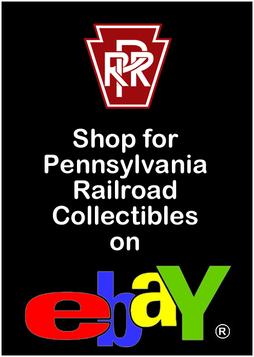 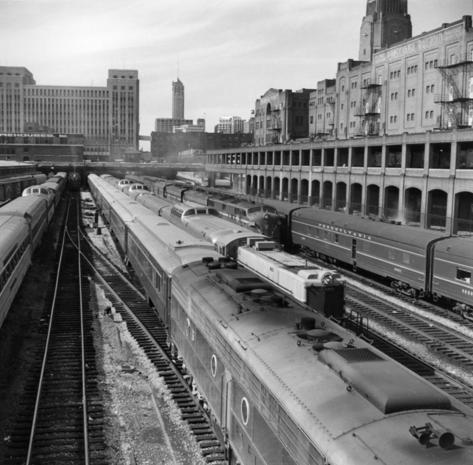 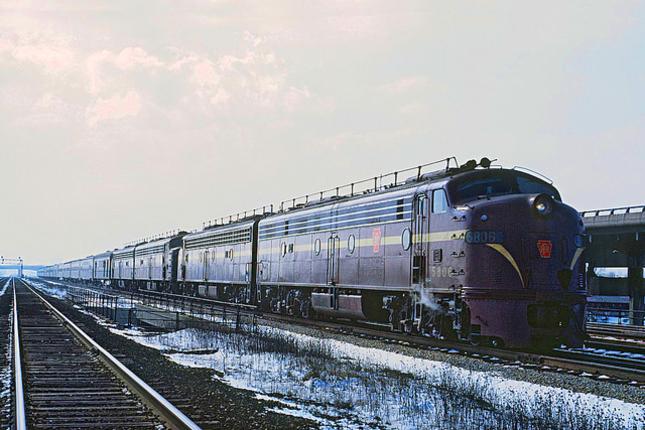 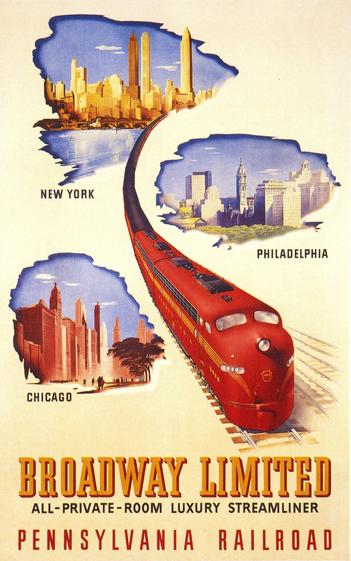 The Broadway Limited was not immune to the decline in passenger rail transport, though it resisted longer than most. The 20th Century Limited began carrying coaches in 1957. In late 1967, when the Illinois Central Railroad's Panama Limited also began carrying coaches the Broadway Limited became the last "all-Pullman" train in the United States, a distinction that did not last long. The Pennsylvania merged the Broadway Limited with the General on December 13, 1967. The train was one of the few long-distance trains to survive the merger of the Pennsylvania and the New York Central Railroad into Penn Central.

Amtrak
Amtrak selected the Broadway Limited as the new company's sole New York-Chicago route. Amtrak operated a Washington, D.C. section via Port Road Branch which separated at Harrisburg. In the 1970s the Broadway Limited experienced chronic lateness as the tracks it ran on degraded. Beginning in 1979 the route changed as tracks were abandoned and downgraded by Conrail, Penn Central's successor. These changes included:

Pullman-Standard built the entirety of the equipment pool for the 1938 lightweight re-equipping, with the exception of two dining cars which were rebuilt in the Pennsylvania's Altoona shops. The equipment delivered included eight 18-roomette sleeping cars; two sleeper-bar-lounges; four 4-compartment, 2-drawing room, 4-double bedroom sleeping cars; two 13-double bedroom sleeping cars; and two sleeper-buffet-lounge-observation cars, including the famed Metropolitan View. The dining car seated 24 at tables (in both 1x1 and 2x2 configurations) and featured a small bar at one end with seating for two. The sleeper-bar-lounge included a secretary's room, barber shop, shower-bath, and a bar/lounge with both booth and chair seating.

The Broadway Limited received additional Pullman equipment in 1949. This included Harbor Cove and Harbor Rest, sleeper-bar-lounges with three double bedrooms, and Mountain View and Tower View, sleeper-buffet-lounge-observation cars with two master rooms and a double bedroom. The Broadway Limited received coaches for the first time in 1967, when it merged with the General. Under the Penn Central the train carried "two or more coaches, two lounges, twin-unit diner, and four sleepers." This was better than most remaining passenger trains, which often had just two or three cars, but a far cry from the old days.

Amtrak singled out the Broadway Limited for special treatment and in 1972 completely refurbished its equipment, most of which was ex-Penn Central, although former Union Pacific Railroad sleeping cars were also used. Amtrak also added a Slumbercoach to the consist. In 1974 Amtrak tried out rebuilt 6-bedroom, 8-roomette ex-Rock Island sleeping cars, but their limited capacity reduced revenue. The Broadway Limited began receiving rebuilt Heritage Fleet cars in 1980, and Amfleet coaches thereafter. 68 cars were rebuilt at a total cost of $9.8 million.