The Carolina Special
The Carolina Special was a passenger train operated by the Southern Railway between Cincinnati, Ohio and the Carolinas. It operated from 1911 to 1968. It was the last passenger train to use the route of the Charleston and Hamburg Railroad, which, as the South Carolina Canal and Railroad Company, began operation in December 1830, as one of the oldest railroads in the United States, and, by 1833, operated a 136-mile line to Hamburg, South Carolina, on the Savannah River, the country's longest at that time. All Southern Railway Pullman service to Charleston rode over that historic, if bucolic, route from Branchville to the port city.

History
The Southern Railway introduced the Carolina Special on January 22, 1911, between Cincinnati and Charleston, South Carolina via Asheville, North Carolina. The trip took 25 hours. The train's equipment included coaches, Pullman sleeping cars, an observation car and a dining car. Through-sleepers were later added to and from Chicago via the New York Central. 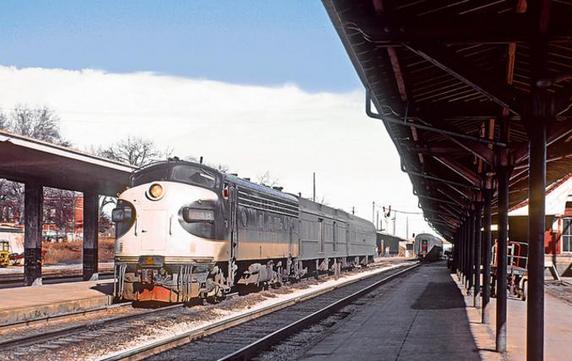 A colorized postcard depiction of an open-deck observation car with drumhead at the end of a Carolina Special consist at Asheville, North Carolina, circa 1911.

"Despite its singular name, the train served both Carolinas, with a northern section going to Greensboro and Goldsboro, N.C., and the southern section serving Spartanburg, Columbia, and Charleston. The train was divided at Asheville. Over the years the consists varied (sleepers from Cincinnati to Columbia and Charleston were listed in 1917, Chicago-Columbia in 1925, Cincinnati-Spartanburg in 1930, and so forth), but typically they included a Chicago-Charleston car. Before the train was inaugurated, the Southern had run a Charleston-Cincinnati sleeper by way of Augusta and Atlanta (Georgia Railroad), but for the 57 years of its life, the Carolina Special offered a unique connection to the Cincinnati gateway."

The Southern Railway discontinued the Carolina Special on December 5, 1968, which had by then dwindled to a coach-only remnant. This left only a remnant of the "Asheville Special" (discontinued August 8, 1975) as the last regularly scheduled passenger service for Asheville. Most of the line between Charleston and Aiken, South Carolina, has been lifted as there was little freight traffic generated by the historic but redundant route to justify its continued operation.

Southern EMD FP7A No. 6148 with Train 28, the Carolina Special at Spartanburg, South Carolina in February of 1968. 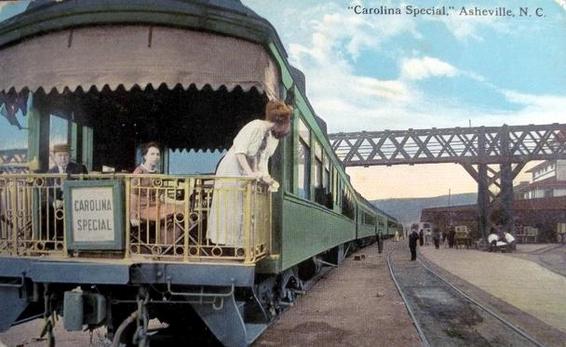