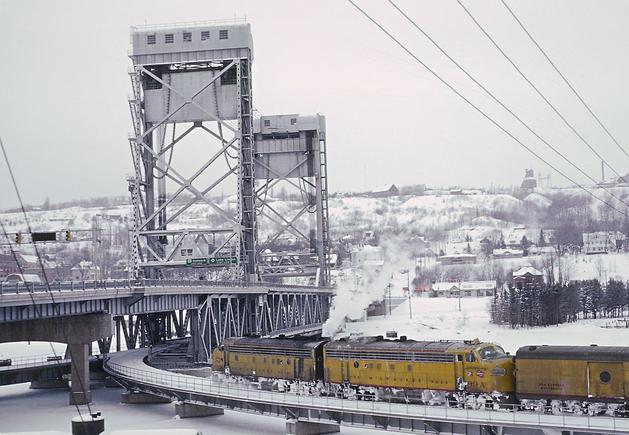 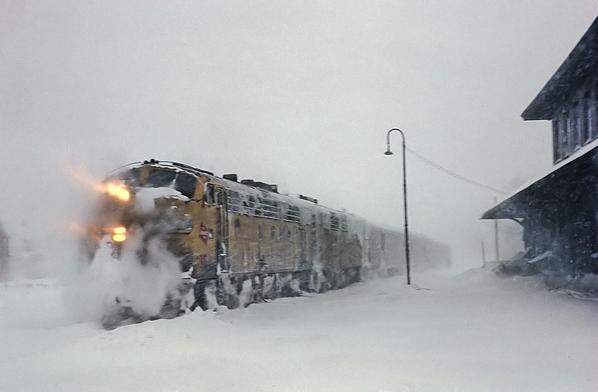 Copper Country Limited
The Copper Country Limited was a passenger train operated by the Chicago, Milwaukee, St. Paul and Pacific Railroad (the "Milwaukee Road") and the Duluth, South Shore and Atlantic Railway (DSS&A) between Chicago, Illinois and Calumet, Michigan, in Michigan's Upper Peninsula. It operated from 1907 to 1968.

History
According to historian Jim Scribbins the name "Copper Country Limited" was first used in March 1907 to describe an existing Chicago–Champion, Michigan–Calumet service which had run since 1899. The DSS&A handled the train north of Champion. The train operated overnight in both directions.

With the arrival of the Chippewa-Hiawatha on the Milwaukee Division during May 1938, the Copper Country Limited took a back seat on the Milwaukee Road's trains to Upper Michigan. During 1958, the through Sault Ste. Marie sleeper was discontinued entirely after several cutbacks leaving only the sleeper to Calumet. As ridership continued to slide the Milwaukee offered the sleeper only three days a week beginning in the spring of 1964. During its final years, the Copper Country carried only a few cars. Its existence persisted almost entirely because of the lucrative U.S. mail contracts that kept many similar trains running across the country. The Copper Country Limited lost its mail car in October 1967. With little reason to keep it and few riders remaining, the train made its last runs on March 7, 1968.