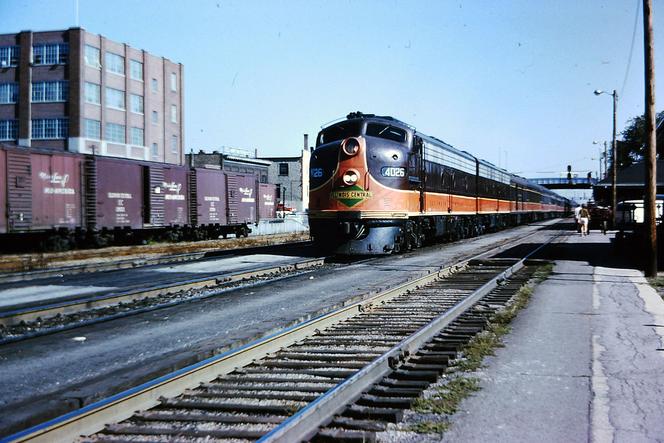 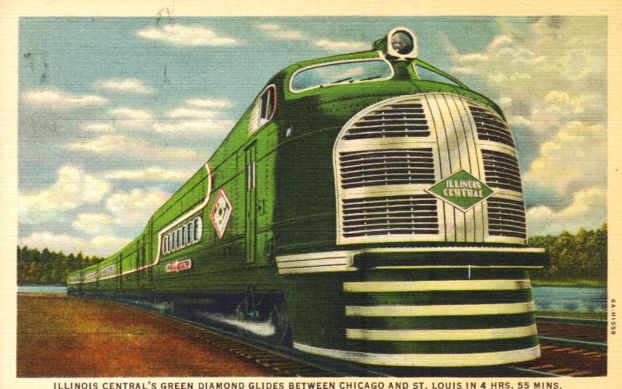 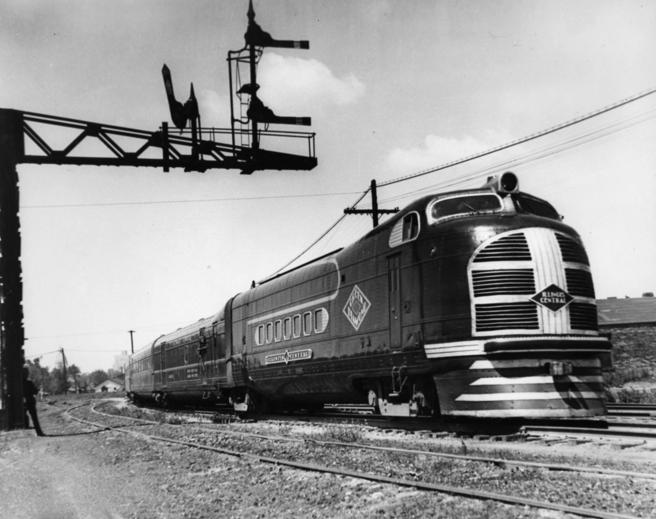 Pullman-Standard constructed the Green Diamond's original fixed consist, which included a power car, baggage/mail car, coach, coach-dinette, and kitchen-dinette-parlor-observation car. The cars were numbered 121-125. The coach seated 56, while the coach-dinette seated 44 in the coach section and the dinette area had seating for 16. The parlor car had seating for 22. It was the last fixed-consist train built in the 1930's for a railroad in the United States. The equipment was painted in a "bright two-tone green paint scheme." Motive power was provided by 1,200 hp EMC Winton 201-A 16-cylinder engine. A second generator within the power car provided electricity for the lights, while a separate steam generator heated the train. The train's interior was art deco, as was popular in the period.