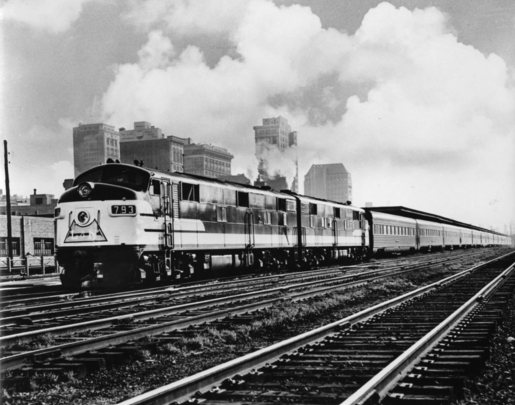 Postcard depiction of the Humming Bird, circa 1940's.

The Humming Bird was a named passenger train of the Louisville and Nashville Railroad (L&N). The train, inaugurated in 1947, originally ran from Cincinnati, Ohio to New Orleans, Louisiana, via Louisville, Nashville, Birmingham, Montgomery and Mobile, and later via a connection at Bowling Green, Kentucky to Memphis, Tennessee. A connection to Chicago was provided by the Chicago and Eastern Illinois Railroad.

The original equipment was part of a 28-car order of four train sets of lightweight stainless steel cars built in 1946 by ACF. Fourteen cars were assigned to the Humming Bird and fourteen to the Georgian. Many of those cars were removed from service in the late 1960s due to severe corrosion problems.

The L&N Railroad served the old Union Station in Memphis, until its closure on April 1, 1964. The railroad then used Central Station. Both L&N and Southern Railway were forced to reopen part of Union Station on December 1, 1966, and use it until March 30, 1968.

The Humming Bird was canceled on January 9, 1969. At that time, the L&N Railroad earned some unwanted publicity when it terminated the final run of the train en route southbound at Birmingham when a federal judge lifted the order keeping the train running after the Interstate Commerce Commission approved its permanent discontinuance. The passengers were then bused to their destinations. 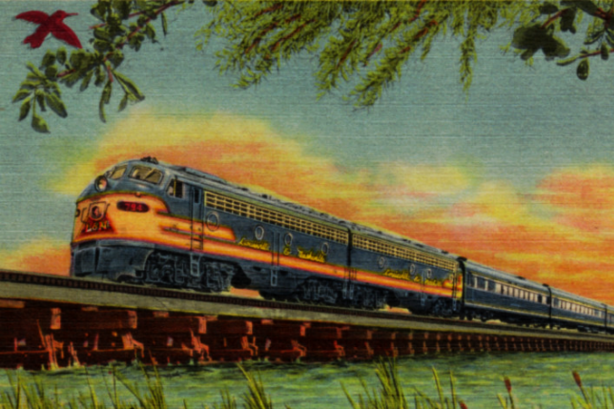