History
The Illinois Zephyr is a descendant of the Kansas City Zephyr and American Royal Zephyr passenger train routes operated by the Chicago, Burlington and Quincy Railroad from 1953 until 1968 and 1971, respectively. The state of Illinois intervened in 1971 at the request of Quincy College (now Quincy University), Western Illinois University, and residents of western Illinois. This became part of the "Illinois Service" initiative in 1971 and is partially funded by the Illinois Department of Transportation. Service on the Illinois Zephyr began on November 14, 1971, between Chicago and West Quincy, Missouri. The name "Zephyr" is preserved in the current name of the line. Today the Illinois Zephyr enjoys strong support from the communities it passes through, and is one of the most successful Amtrak routes.

Service to Plano began on April 30, 1972. Service to Quincy proper began on April 24, 1983. The suburban stop at Aurora, was discontinued on April 28, 1985, in favor of Naperville. Passenger service was cut back to Quincy, Illinois on May 1, 1994, after a major flood in 1993 destroyed the original station at West Quincy. The Illinois Zephyr and the Carl Sandburg trainsets continue to cross the Mississippi River to layover at the BNSF West Quincy railyard in between runs.

On October 30, 2006, a second round trip, the Carl Sandburg was added as part of the Midwest Regional Rail Initiative. The train's name honors Carl Sandburg, whose birthplace in Galesburg, Illinois lies just a few hundred feet from this train's route. The morning westbound/evening eastbound schedule complements the opposite schedule of the Illinois Zephyr.

During 2010, Amtrak contacted officials from communities in northeastern Missouri and western Illinois regarding the feasibility of extending the Illinois Zephyr, plus Carl Sandburg, southwards to Hannibal, Missouri and St. Louis. While a study for the expansion was not conducted, the project could be funded with a mix of both federal and state money. 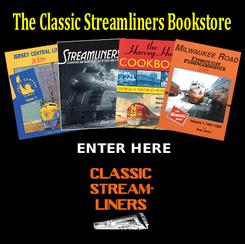 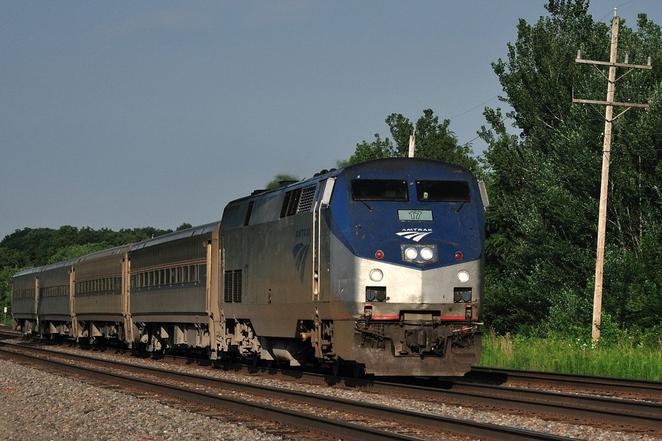 ​The Illinois Zephyr westbound on the BNSF Chicago subdivision.