Route Map of the James Whitcomb Riley (in blue).

History
The James Whitcomb Riley was introduced by the New York Central on April 28, 1941, as a daytime, all-coach train between Chicago and Cincinnati by way of Indianapolis. It was named after the Hoosier poet James Whitcomb Riley, known for his celebration of Americana. The Riley was a companion to the Mercury streamliners which operated on the Chicago-Detroit and Chicago-Cleveland routes. The Riley was retained by the Penn Central (as trains 303 and 304) after its formation from the remnants of the New York Central and Pennsylvania Railroad, but in 1968 it petitioned the Interstate Commerce Commission (ICC) for permission to abandon the service, citing the loss of a mail contract and the C&O's termination of through sleepers on the Chicago-Newport News route. The ICC refused, and the Riley survived until the formation of Amtrak.

Amtrak, upon its 1971 commencement of operations, kept the Riley intact. Through Washington-Chicago and Newport News-Chicago coaches began July 12, and a through sleeping car began September 8. With the November 14, 1971, schedule, the Riley and George Washington routes were merged, with the George Washington name being applied eastbound and the James Whitcomb Riley westbound. At the same time the route was extended from Washington to Boston, Massachusetts, and was assigned train numbers 50 eastbound and 51 westbound.

On March 6, 1972, the train was rerouted from Chicago's Central Station into Union Station. On April 30, the service was truncated back to Washington from Boston. A broadcast by CBS's 60 Minutes in 1973 revealed that the Riley was limited to 10 miles per hour  in Indiana because of the poor quality of Penn Central track. In 1974 the Riley was re-routed off Penn Central trackage altogether along with the Floridian. On May 19, 1974, the George Washington was renamed the James Whitcomb Riley, giving it the same name in both directions. Beginning in 1975 the Mountaineer, which originated in Norfolk, Virginia, ran combined with the Riley between Chicago and Russell Yard, the former C&O freight yard near Ashland, Kentucky. The Newport News section was discontinued on June 14, 1976, and the Colonial began running over its former route east of Richmond. In 1977 the Mountaineer was replaced by the Hilltopper, which terminated at Catlettsburg.

The James Whitcomb Riley was renamed the Cardinal on October 30, 1977, as the cardinal was the state bird of all six states through which it ran. It was discontinued September 30, 1981 (by then having been extended to New York from Washington) and brought back by Congressional mandate on January 8, 1982. 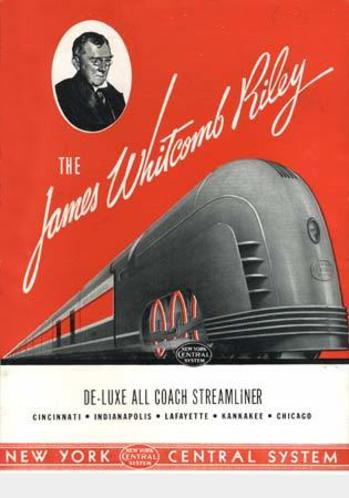 Amtrak's James Whitcomb Riley (right) is led by Amtrak No. 400, an EMD E9A  at Main Street Station in Charlottesville, Virginia in 1974.  A C&O GP7 is at left.  It was common practice for C&O power to haul the Newport News section of the Riley, and that section joined the Washington section in Charlottesville.    By Hunter Desportes (Flickr: American Trains (Charlottesville, 1974)) [CC BY 2.0 (http://creativecommons.org/licenses/by/2.0)], via Wikimedia Commons 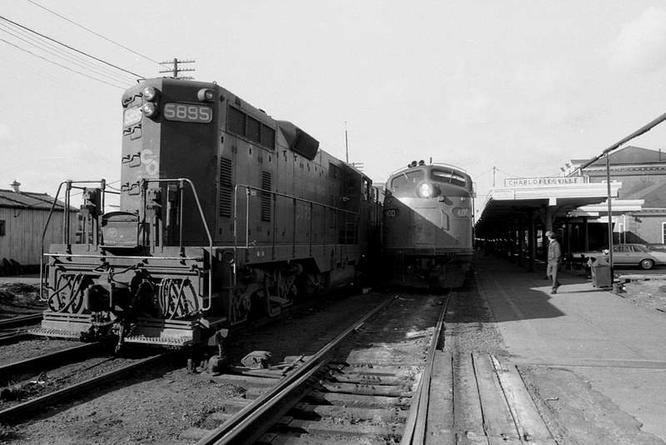