The Jet Rocket entered passenger service on February 11, 1956 and utilized a special Talgo train that had been designed by a team of American and Spanish engineers for American Car and Foundry. The LWT-12 locomotive differed from the other two LWT-12s built primarily because of its Talgo-type couplers which were not compatible with GM's Aerotrain widened bus body-type passenger cars. The cars themselves featured rectangular windows rather than the forward-slanted windows on the GM equipment, and were articulated in sets of three. Each train consisted of four sets, which helped when backing the train as the Talgo trains were prone to derailing in reverse. These cars were not the same as the Talgo cars of 1949 as the rear-most car featured a squared end rather than the rounded end seen on the Talgo-type car of 1949.

The train made two daily round trips between Chicago and Peoria, Illinois. The train's consist included coaches, a diner and parlor car. The Pullman Company had made plans for sleeping cars for a proposed overnight service to Colorado, however, the low-slung, tilting train proved to be too uncomfortable for passengers. The LWT-12 and ACF-Talgo cars were replaced with conventional equipment after only two years of service. 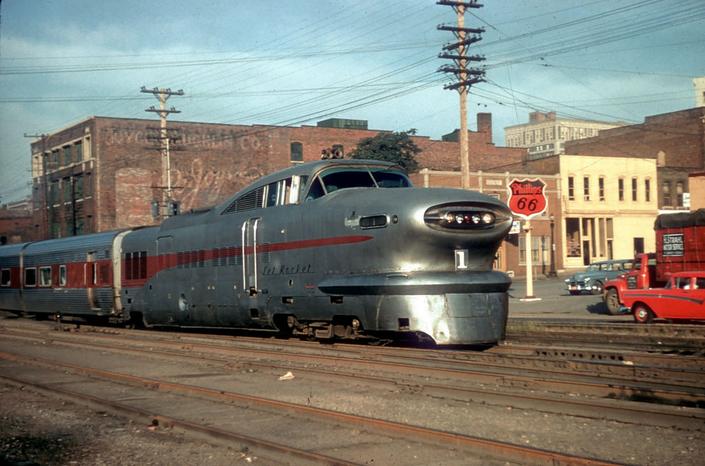 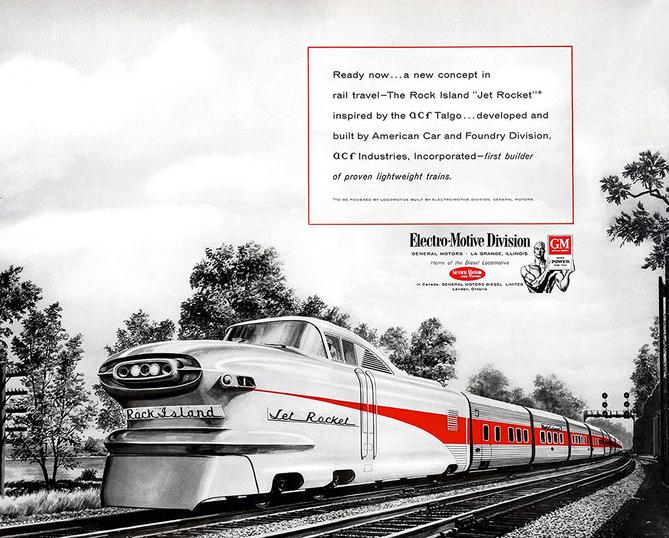 A GM-EMD advertisement for the Jet Rocket.