The Chicago, Rock Island and Pacific Railroad Rockets were lightweight, streamlined diesel-electric passenger trains built by the Budd Company. These six trains were the first streamlined equipment purchased by the Rock Island, as well as being its first diesel-powered passenger trains. Four of the trains consisted of 3 cars each, the other two each had 4 cars.

The stainless steel trains were each powered by an Electro-Motive Corporation model TA locomotive. Unlike many other early streamlined trains, the locomotives were not permanently attached to the trains.

The trains were partially articulated, however the observation cars were not articulated with the rest of the trainsets. 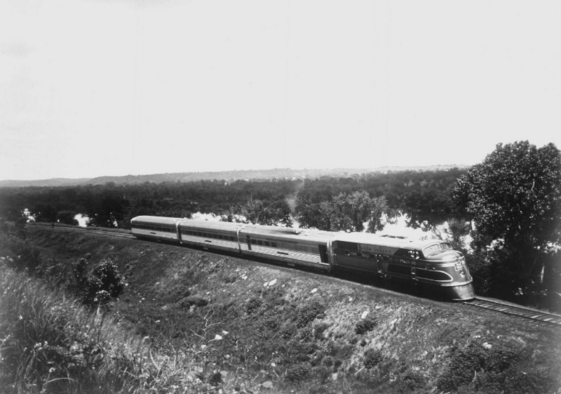