The Kansas Cityan
The Kansas Cityan and Chicagoan were a pair of American named passenger trains operated by the Atchison, Topeka and Santa Fe Railway. They ran from Chicago, Illinois to Wichita, Kansas, with a later extension to Oklahoma City.

The inaugural runs of the two lightweight streamliners were operated with Electro-Motive Corporation E1A units numbered 8 and 9, but within a month the Santa Fe assigned 1 and 10 the numbers of the old Santa Fe Box Cab Diesel Passenger units 1A and 1B. After being rebuilt in the Santa Fe's Topeka Shops with an elevated cab at one end only and a new nose added at that same end, they really resembled two E1A units that had been involved in a head on collision, and the shops repainted the results in the Santa Fe "war bonnet" paint scheme. These became the regular power for the trains. The Chicagoan and Kansas Cityan received new full-length "Big Dome" lounges in 1954. 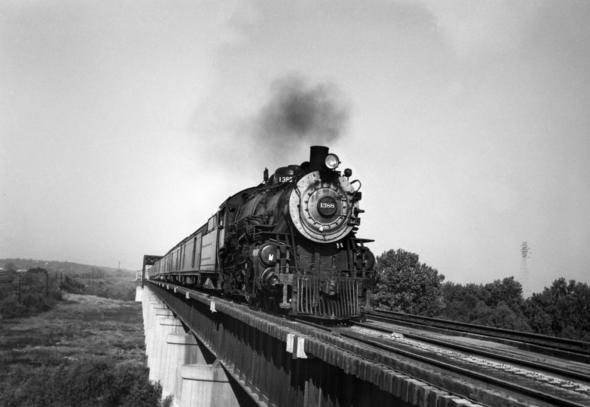 Train Consists
At the train's inception, each of the two trainsets consisted of the following units: