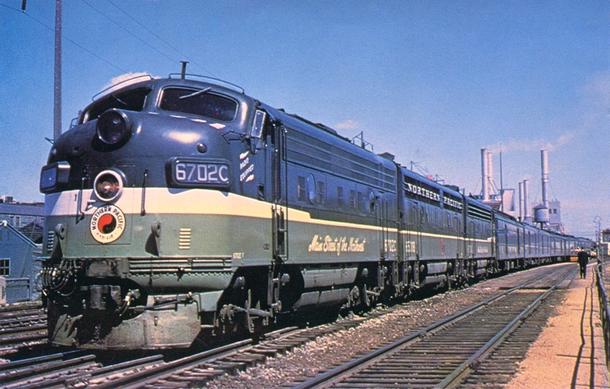 Equipment
Unlike many other trains the Mainstreeter did not have specific sets of equipment built for it. Cars that were specific to included the so-called "Holiday Lounges," a set of five parlor-buffet lounges built by Pullman-Standard and delivered in July 1956. The Northern Pacific numbered these cars 487–491. The June 1960 Official Guide of the Railways listed the following for westbound #1:
Holiday Lounge (St. Paul–Seattle)
Sleeping car (Chicago–Seattle)
Sleeping car (Chicago–Seattle)
Sleeper-buffet-lounge (Spokane–Portland)
Dining car (St. Paul–Pasco)
Various coaches

The two sleeping cars had 8 duplex roomettes, 6 roomettes, 3 double bedrooms and a compartment. These were built by Pullman-Standard in 1948 for the North Coast Limited.