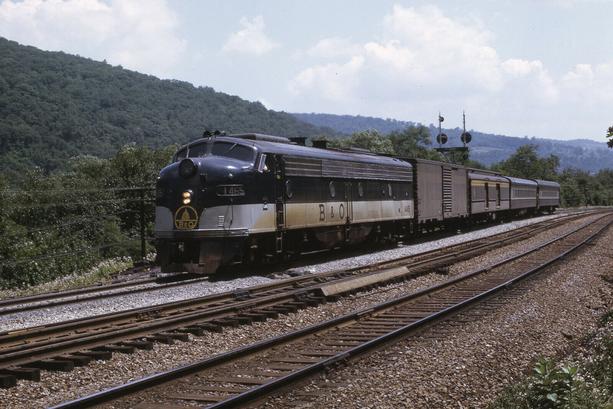 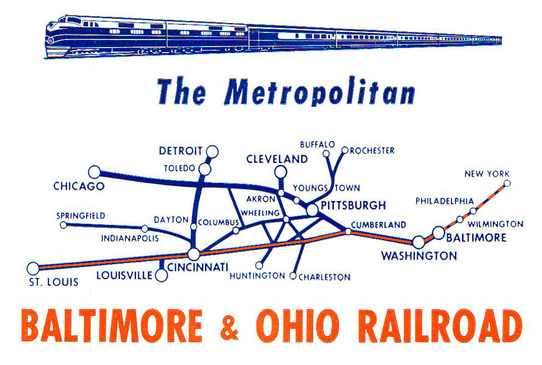 Metropolitan
The Metropolitan, also known as the Metropolitan Special, was the workhorse passenger train of the Baltimore and Ohio Railroad (B&O) during the 1920's–1960's between St. Louis, Missouri, and Jersey City, New Jersey, where at Communipaw Terminal passengers transferred to buses and ferries to Manhattan in New York City. The train was numbered Train 11 and Train 12. Major station stops included Washington, D.C., and Cincinnati, Ohio. The Metropolitan Special carried vast amounts of mail and express packages in many (often 10+) baggage cars and express cars, and the train served various smaller towns and villages that were bypassed by the more prestigious trains along the route, the National Limited and the Diplomat. Added revenue for the train came from Railway Post Office cars, which sorted and canceled mail en route, between terminals. The C&O and B&O jointly operated the train after merging.

Route Map of the Metropolitan.

Even with declining passenger revenue through the 1950's and 1960's, the B&O Passenger Department relied heavily on trains such as the Metropolitan Special because of the revenue generated by moving mail and express packages. However, in 1967, the United States Postal Service dealt a heavy blow to the B&O, canceling most of its lucrative post office contracts. With such a drop in revenue, the fate of the Metropolitan Special was sealed. This train was discontinued before the first day of Amtrak, May 1, 1971. 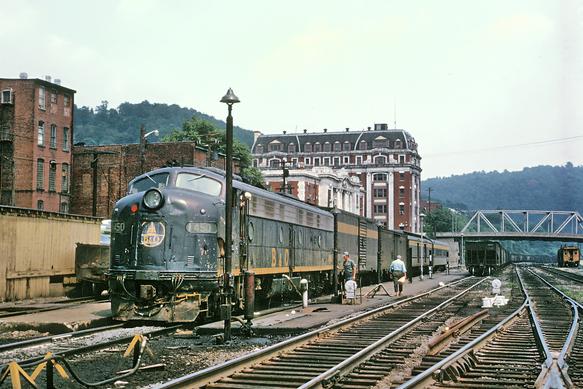