Postcard photo of the first Challenger-Midwest Hiawatha train to leave Chicago's Union Station on October 30, 1955. This marked the end of the Union Pacific's association with the Chicago and North Western Railway for joint service between Chicago and Omaha and the beginning of one between the UP and the Chicago, Milwaukee and St. Paul.

The final trips for the Midwest Hiawatha were on October 29, 1955. The next day the Milwaukee Road assumed operation of Union Pacific Railroad's City of San Francisco, City of Los Angeles, City of Denver, City of Portland and Challenger trains. The Midwest Hiawatha became two Sioux Falls–Chicago coaches which combined with the Challenger in Manilla, Iowa. The Milwaukee Road dropped the name altogether in April 1956, when the eastward was rescheduled to leave Omaha at 2:45 AM CST. 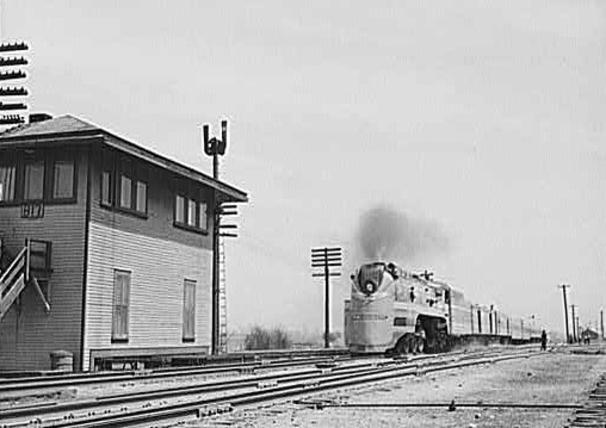 Initially the train used Atlantic 4-4-2 steam engines and cars freed by the 1938 re-equipping of the Twin Cities Hiawathas, including the distinctive Beaver Tail parlor-observation cars. In 1940 the train covered 488 miles between Chicago and Omaha in 480 minutes. Unlike the competition between Chicago and the Missouri River, the Midwest Hiawatha was scheduled during daylight, which helped boost patronage. For most of its history, it carried coaches for both Omaha and Sioux Falls with tap-diners and parlor services generally run between Chicago and Sioux Falls. The two sections of the train split at Manilla, Iowa. 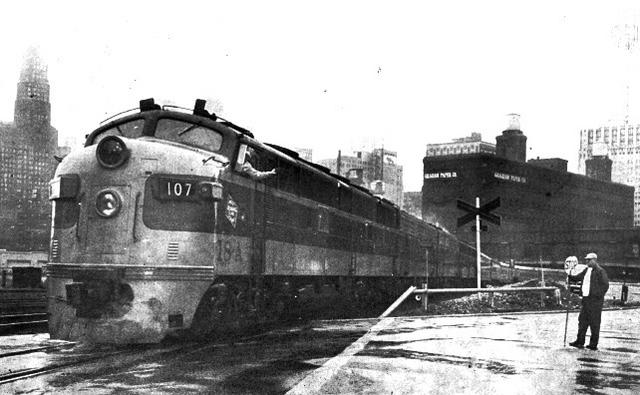