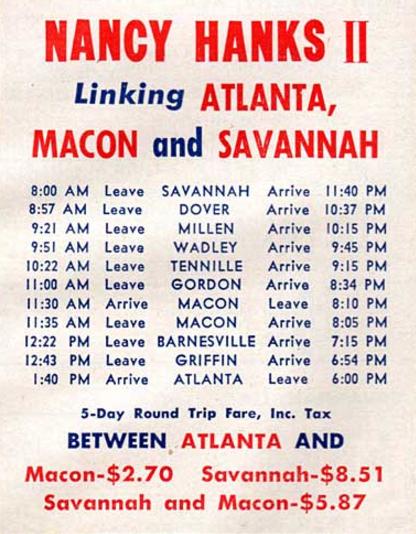 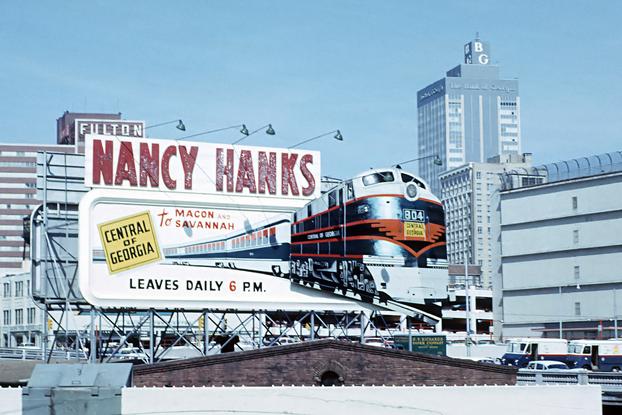 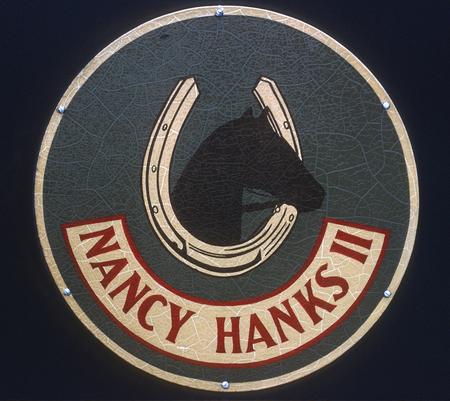 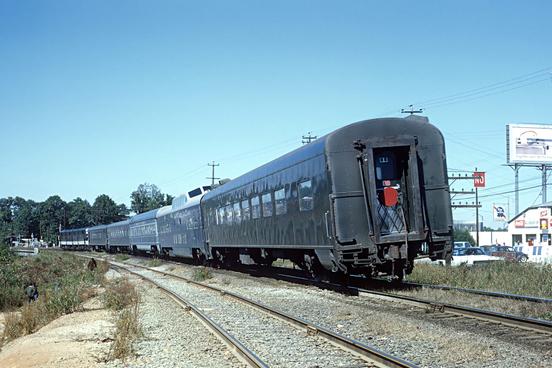 The Nancy Hanks II
The Nancy Hanks II was a popular Central of Georgia Railway passenger train in Georgia running between Atlanta and Savannah. It was named after a race horse that was named for Abraham Lincoln's mother. The name is even older than the mid-20th century train derived from that of a short-lived but famous steam special, the Nancy Hanks. The earlier Nancy Hanks operated in 1892 and 1893.

Black and white passengers were separated on this little pocket streamliner until the 1960's. Four "divided" segregated coaches were built by American Car & Foundry (ACF) for Nancy and African-Americans were not allowed to eat in the grill-lounge car. In fact, the Central of Georgia was the last major Southern railroad to desegregate because railroad officials did not feel the Georgia corporation should comply with federal law because it was an intrastate carrier.

Nancy Hanks II made its first trip on July 17, 1947. The new train's cars were painted blue and gray and, like the first Nancy, each bore a likeness of the famed trotter on the side.

"The Nancy", as it was affectionately known, was an all-coach, reserved-seat train with grill lounge service. It left Savannah daily at 7 a.m. for the six-hour run via Macon to Atlanta, and returned from Atlanta's Terminal Station at 6 p.m. (18:00). 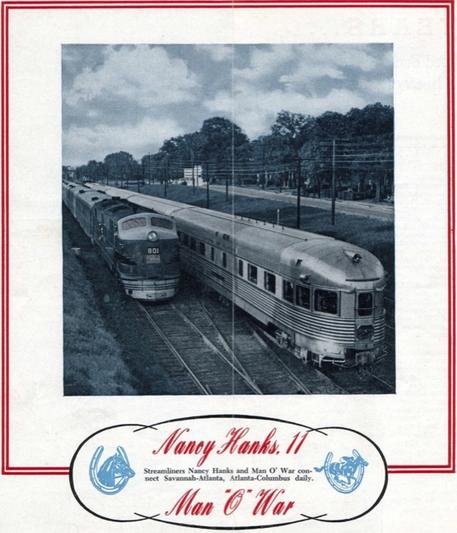 In the 1960's the Central leased a dome car from the Norfolk and Western-Wabash line, where it had operated for a number of years; the car was thoroughly renovated for service on the Nancy Hanks II. The dome parlor-lounge car was 85 feet long, of steel construction and originally was built by Pullman-Standard. It had a dark-blue exterior and interior upholstery in royal blue and gray. In keeping with the race horse theme, the lounge beneath the dome was branded the "Saddle and Stirrup" room.

April 30, 1971, saw the last run of the Nancy Hanks II, the day before Amtrak came into being. Atlanta's Terminal Station was demolished the following year.