Night Express
The Night Express was a named train of the Baltimore and Ohio Railroad (B&O) on its route between Detroit, Michigan and Louisville, Kentucky with major station stops in Toledo, Ohio and Cincinnati. The Night Express was numbered Train 57 southbound and Train 58 northbound. The service was provided in conjunction with the Pere Marquette Railroad from Detroit to Toledo and with the Louisville and Nashville from Cincinnati to Louisville with connections to New Orleans. 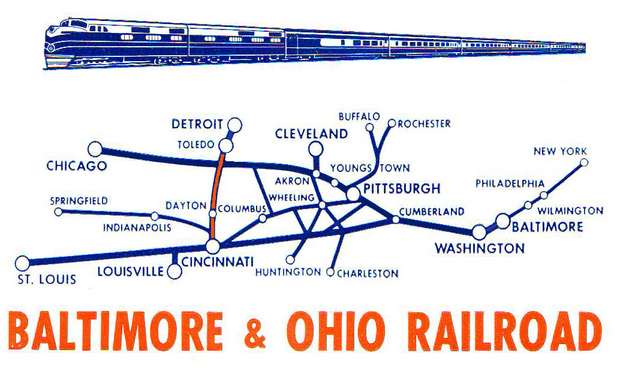 In the 1940s, the southbound Night Express consisted of two or three head-end cars, an RPO baggage car, 12 sleepers. Between Cincinnati and Louisville there was a dining-lounge car.