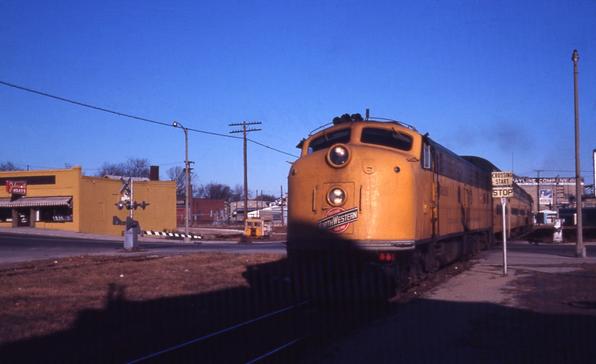 Service began in 1942, and the train—numbered as 214–209—was pulled behind either a twin set of brand-new streamlined EMD E6 diesel locomotives or the North Western's lone ALCO DL-107 paired with an EMD E3. The other set was used on the Minnesota 400. The Peninsula 400 quickly became a major hit, drawing more passengers than the far more prestigious Twin Cities 400 and commanding fourteen passenger cars when running south of Green Bay, Wisconsin. By 1954, however, the railroad petitioned the Michigan Public Service Commission to abandon the Escanaba-Ishpeming portion of the route. They claimed that they were losing $80,000 a year from continuing the train to Ishpeming—even peak service times, e.g. when the service required an additional five passenger cars during the holiday season eight years later, were not enough to sustain a yearly profit.

In October 1958 the Peninsula 400 received bi-level equipment including coaches, a lounge and a parlor car. This introduction marked the first time a North American passenger train used head end power (HEP) in preference to steam heat. While the Commission did not allow the North Western to abandon the train in 1954, they changed their minds roughly fifteen years later. As such, it made its last Chicago–Ishpeming run on 15 July 1969, and with it went the Chicago and Northwestern's "400" moniker. An unnamed remnant continued to run between Chicago and Green Bay until the formation of Amtrak on May 1, 1971. The Peninsula 400 is still the last regular passenger train to have serviced the Upper Peninsula; the area is now plied by intercity buses, and the nearest rail station for much of the region is located hundreds of miles to the south in Milwaukee, Wisconsin.