The Chesapeake and Ohio Railway, which had controlled the Pere Marquette Railway for years, formally absorbed the company in 1947. On November 21, 1948, the C&O used new lightweight equipment from the Budd Company to establish new streamliners between Grand Rapids and Chicago. This equipment was surplus from another of Robert Young's projects, the abortive Chessie, a proposed luxury streamliner. In 1950 new equipment from Pullman-Standard replaced the 1946 cars, which the C&O sold to the Chicago and Eastern Illinois Railroad (C&EI). 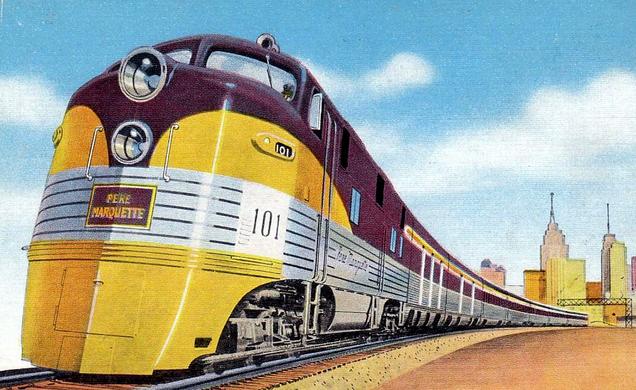 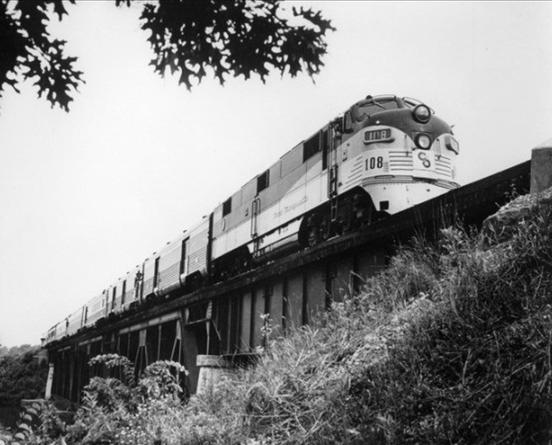 History
The Pere Marquette Railway introduced the Pere Marquette between Detroit and Grand Rapids on August 10, 1946. Pullman-Standard delivered two lightweight seven-car consists enabling three daily round trips. Each set consisted of a baggage/mail car, baggage car, two chair-observation cars, two chair-lounge cars, and a dining car. The train seated 220 in the four chair cars, and had space for 44 in the dining car. The innovative railroad executive Robert R. Young had a hand in the establishment of the Pere Marquette and introduced several operational changes, including phoning ahead for reservations and paying for tickets aboard the trains, as opposed to at the station. The Pere Marquette Railway experienced a surge in ridership after the trains began operation. New EMD E7 diesel locomotives pulled the trains. The trains covered the 152 miles between Grand Rapids and Fort Street Union Depot in Detroit in under three hours. Connecting service to Chicago was available in Grand Rapids. Other streamlined trains had debuted since 1945, but the Pere Marquette was the first using equipment built after World War II. 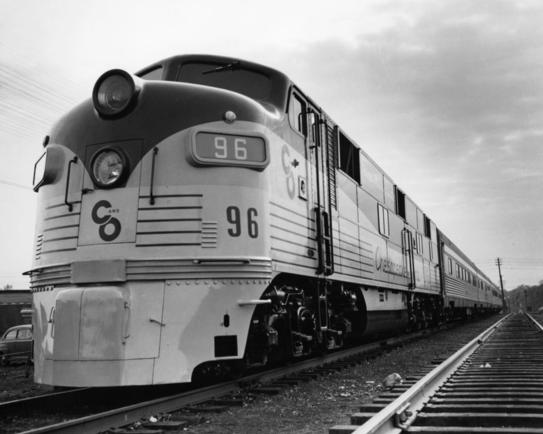 The C&O applied the Pere Marquette name to the Chicago trains in 1965. At Amtrak's inception there was a single round-trip between Chicago and Grand Rapids, two between Grand Rapids and Detroit, and a connecting train between Holland, Michigan and Muskegon, Michigan. All were discontinued.

Amtrak revived the name on August 5, 1984, with the Pere Marquette, a daily service between Chicago and Grand Rapids.

The Pere Marquettes, operating between Detroit, Lansing, and Grand Rapids, are the first postwar streamliners to present novel dining cars with tables set diagonally into alcoves along the wall. Waitresses and elimination of tipping are among other distinctive Pere Marquette dining features. 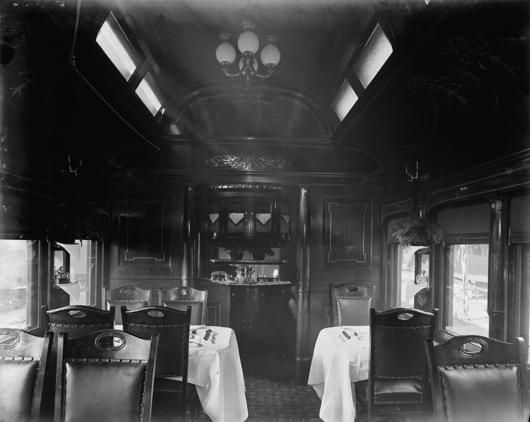 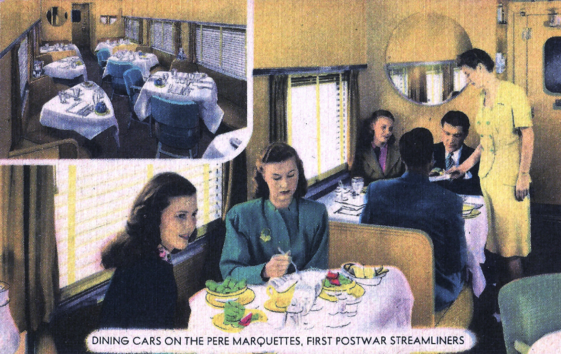 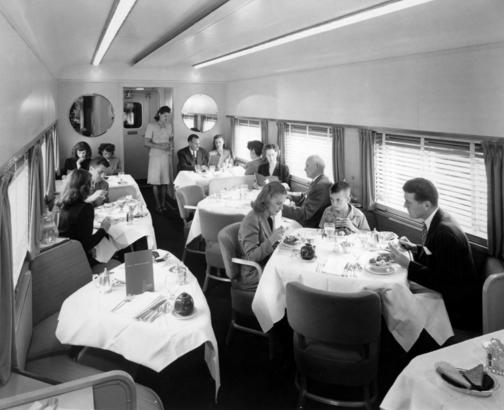 Chesapeake and Ohio's "Pere Marquette" en route through the Michigan countryside on its run to Detroit, crossing Thornapple Bridge, circa 1958.

Dinner aboard the Chesapeake and Ohio Railway's "Pere Marquette" train No. 8, eastbound, en route from Chicago to Grand Rapids, Michigan, circa 1957.

The "Pere Marquette" train No. 9, westbound, on the Chesapeake and Ohio Railway, en route from Grand Rapids, Michigan to Chicago, circa 1957.