Postcard depiction of the Milwaukee Road train, the Pioneer Limited on the Short Line Bridge, ca. 1910.

Postcard depiction of the Pioneer Limited in the Upper Mississippi Valley, ca. 1920's.

The 1898 train was newly equipped with Barney & Smith sleeping cars, the carriages described in a period brochure as "...a veritable edition de luxe, bound in covers of yellow and gold." The train was re-equipped multiple times in subsequent years, the last wooden cars being replaced by steel ones in 1914.

As rail passenger traffic dwindled nationwide in the 1950s, the train was combined for a time with the Milwaukee Road's Columbian passenger train, before the Columbian was discontinued. Travel by rail continued declining in the 1960s and revenues were further eroded by the ending of most federal mail contracts. The final runs of the Pioneer Limited were on September 7, 1970.

For a time in the 1970s and early 1980s, Amtrak operated overnight rail passenger service along the route of the Pioneer Limited, as part of longer-distance routes from Chicago to either Seattle or Duluth. The last such trains departed on October 25, 1981, but the route still has a day train. 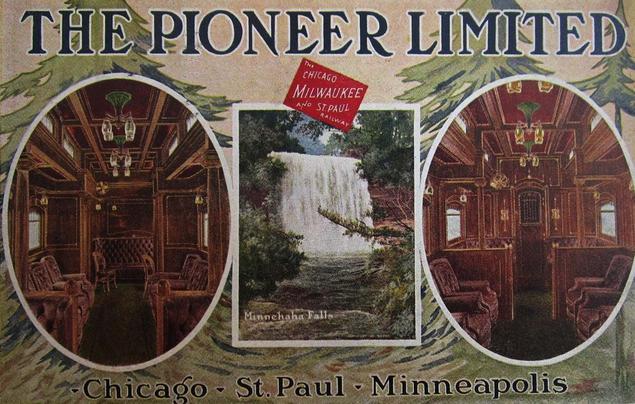 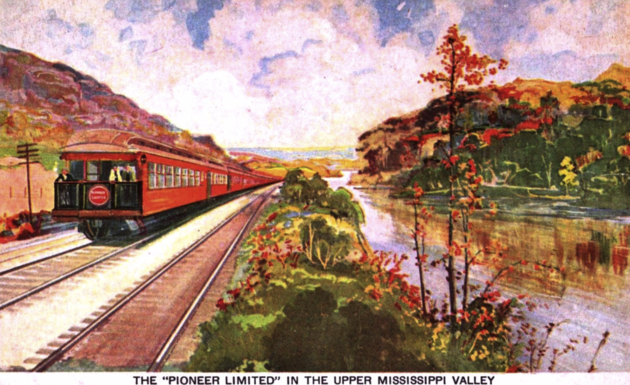 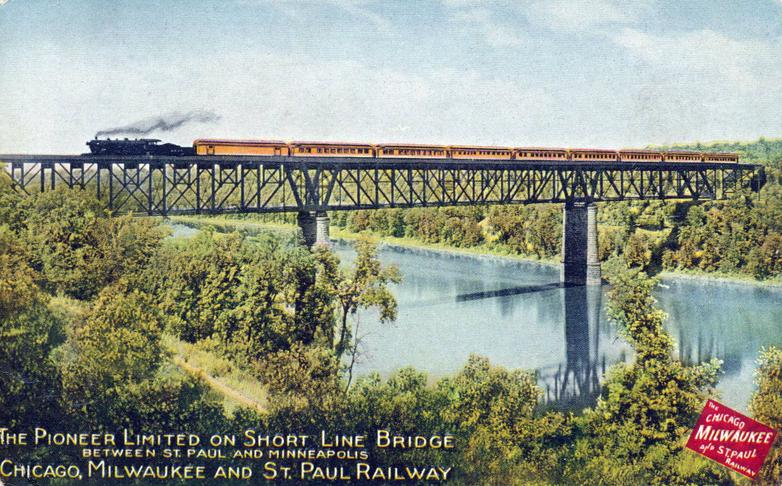