Sleepers were discontinued on the train in November 1959 and it ran as a coach-only consist until the end of operation.

In 1964, Southern Railway dropped the Atlanta - Jacksonville leg of the Ponce's operation. Southern, wanting out of the passenger business, discovered a loophole in the law permitting ending passenger service virtually without notice if certain conditions were met pertaining to flagging ridership. The Ponce De Leon's ridership fell to just the right ratio between Council, Georgia, and Jacksonville, Florida. (Council is located south of the Okefenokee Swamp about half way between Jacksonville and Valdosta). In February of 1964, the Ponce De Leon rolled out of Cincinnati, Chattanooga, Atlanta, Macon and Valdosta and stopped at Council. A bus connection to Jacksonville was provided for the final leg, which proved effective in driving off the last of the train's ridership, and the Atlanta-Jacksonville segment was discontinued shortly thereafter.
By the time Southern Railway filed to discontinue the Ponce de Leon on January 22, 1968, the train was operating as Numbers 1 and 2, but only between Cincinnati and Atlanta. The train finally disappeared from the timetable in March 1968.

The accident was also the subject of a song: "The Wreck of the Royal Palm" by Vernon Dalhart. 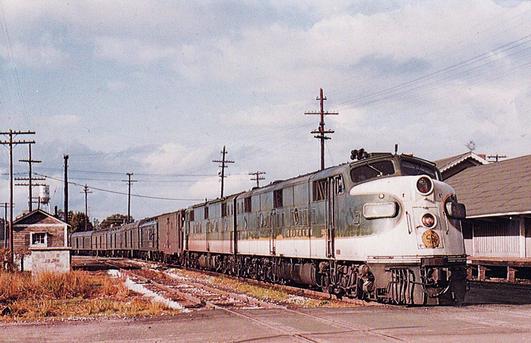