Because of the refusal of the Denver and Rio Grande Western Railroad to join Amtrak in 1971, and their decision to maintain their own train, the Rio Grande Zephyr, between Denver and Salt Lake City, once reaching Denver, the San Francisco Zephyr was required to head north, where it joined the Union Pacific's Overland Route, at a junction just west of Cheyenne, Wyoming, to continue through southern Wyoming, via Laramie, to Ogden, Utah. For passengers wanting to use the Rio Grande's service and continue on Amtrak, the timing of the trains was coordinated to facilitate a connection in Ogden (but not Denver) with the D&RGW's Rio Grande Zephyr. The San Francisco Zephyr traveled over rails operated by three different railroads: the Burlington Northern between Chicago and Denver, the Union Pacific between Denver and Ogden, and the Southern Pacific between Ogden and Oakland.

In July 1980, the San Francisco Zephyr was outfitted with Amtrak's new bi-level Superliner passenger cars, one of the last western trains to receive them. One of the results of this was that through service was introduced between Chicago and Seattle, as the Pioneer, and Los Angeles as the Desert Wind, with both the Pioneer and Desert Wind traveling with the Zephyr between Chicago and Ogden.

In 1983 the D&RGW chose to join Amtrak, citing increasing losses in passenger operations.[citation needed] Amtrak re-routed the San Francisco Zephyr over the D&RGW's line between Denver and Salt Lake City, Utah, which was its original preference in 1971. The change was scheduled for April 25, but a mudslide at Thistle, Utah, closed the D&RGW's main line and delayed the change until July 16. With the change of route Amtrak renamed the train California Zephyr.

In Media
In an episode of the British program Great Railway Journeys, aired in 1980, presenter Ludovic Kennedy travels from New York to Los Angeles by rail, riding on the San Francisco Zephyr between Chicago and Oakland. (See below) 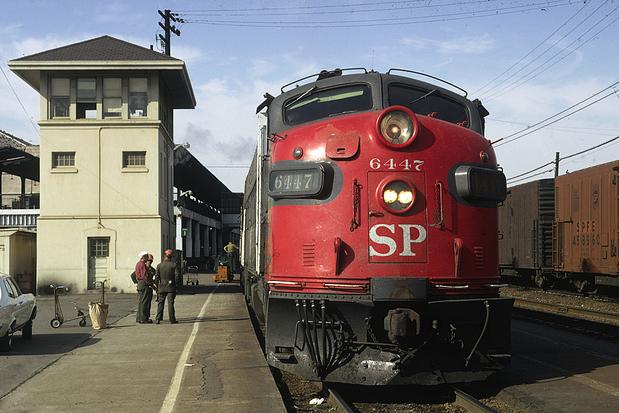 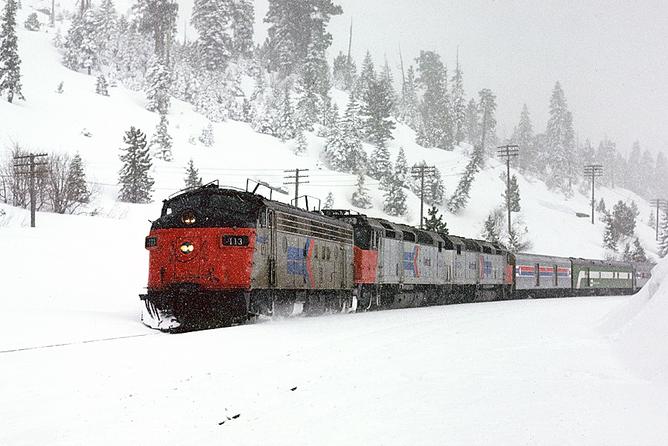