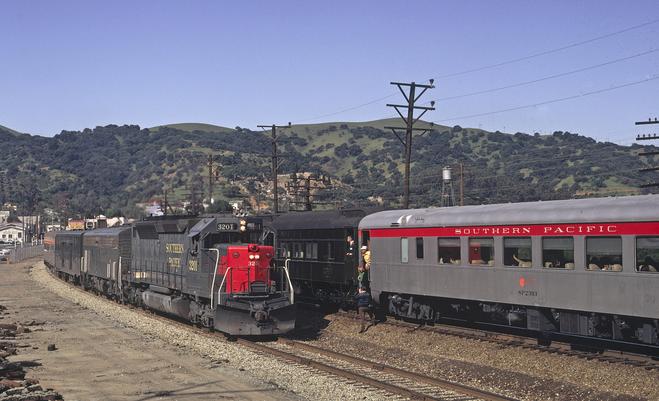 Later history
In 1946 a Sacramento section of the San Joaquin Daylight was introduced, named the Sacramento Daylight, trains 53-54. The two trains ran together from Los Angeles to Lathrop, where they split. In 1970 the split moved from Lathrop to Tracy.

The San Joaquin Daylight's dining car was replaced by a coffee-shop car by the 1950s. The parlor-observation car was also removed, though it immediately gained a second life. In 1954 SP placed two of its seven home-built dome-lounge cars in the consists; one of the cars was rebuilt from the train's own parlor-observation car. The dome car was discontinued in the late 1960s.

In 1961 the coffee-shop car was replaced by SP's automat cars which had vended meals and non-alcoholic beverages, a self-service microwave oven, and a table area. This lasted to the end of service.

The San Joaquin Daylight ran until April 30, 1971, the day before Amtrak took over nationwide rail passenger service in the United States. In March 1974 Amtrak's San Joaquin began running between the Bay Area and Fresno and Bakersfield on Santa Fe track in the San Joaquin Valley.

Overnight: The Owl and the West Coast
The overnight counterpart to the San Joaquin Daylight was the Owl, trains 57-58, between Oakland and Los Angeles, with sleeping cars and meal and beverage service. It was discontinued in 1965, three years before the Lark on the Coast Line ended. The West Coast (trains 59-60) carried overnight Sacramento-LA passengers until about 1960, though unlike the Sacramento Daylight it was a separate train all the way. 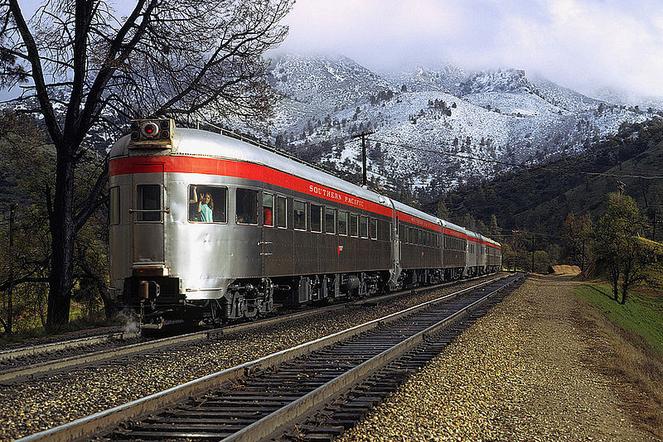 Passenger cars
Pullman-Standard built coaches were assigned to the two train sets, both articulated pairs and singles. The 40-seat dining car and parlor-observation car had been built for the original 1937 Daylight. Each train set had ten cars painted in SP's Daylight colors (red and orange, with black roofs and white striping and lettering), and included two head-end cars rebuilt from heavyweights by the SP Sacramento shops repainted Daylight colors to match the rest of the train.

Southern Pacific  SDP45 No. 3201 with the San Joaquin Daylight at Martinez, The train on the right is the Truckee Limited, a PLA excursion which would be the last SP excursion train to operate before the coming of Amtrak. April 25th, 1971.  Photo by Drew Jacksich.  By Drew Jacksich - originally posted to Flickr as SP 3201 with 52 MTZ Apr 25 1971 Truckee Ltdx, CC BY-SA 2.0, https://commons.wikimedia.org/w/index.php?curid=11465900