Silver Comet
The Silver Comet was a streamlined passenger train inaugurated on May 18, 1947, by the Seaboard Air Line Railroad (Seaboard Coast Line after merger with the Atlantic Coast Line on July 1, 1967). Before its inaugural run, the new train was christened by actress Jean Parker at Pennsylvania Station in New York City.

Daily service extended from New York via Washington, D.C., Richmond, Virginia, Raleigh, North Carolina, and Atlanta, Georgia to Birmingham, Alabama. From New York to Washington, the train was handled by the Pennsylvania Railroad; from Washington to Richmond, by the Richmond, Fredericksburg and Potomac Railroad; and by Seaboard from Richmond to points south. Under its original schedule, the trip took 23 hours at an average speed of 48 miles per hour.

The consist of the Silver Comet included baggage cars, coaches, Pullman sleepers, and a dining car between New York and Birmingham, along with through coaches and Pullmans to or from Portsmouth, Virginia, connecting at Hamlet, North Carolina. A 48-seat observation car brought up the rear of the train.

Owing to declining passenger and mail revenues, the Silver Comet was discontinued in stages in 1969: the last trip between Atlanta and Birmingham was made on January 18; between Washington and Richmond, May 7; and between Richmond and Atlanta, October 14. The last through sleeper had run on December 31, 1968. 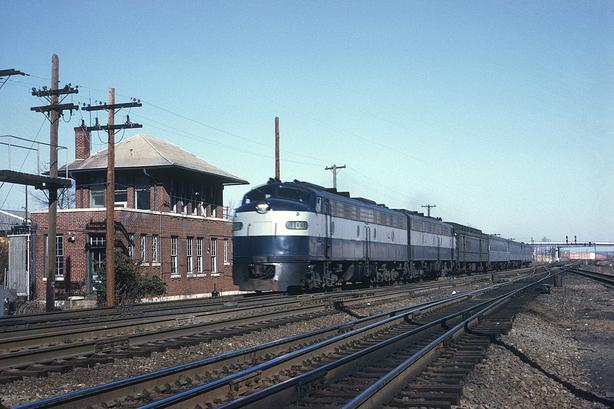