A postcard depiction of the Seaboard Air Line's Silver Meteor. 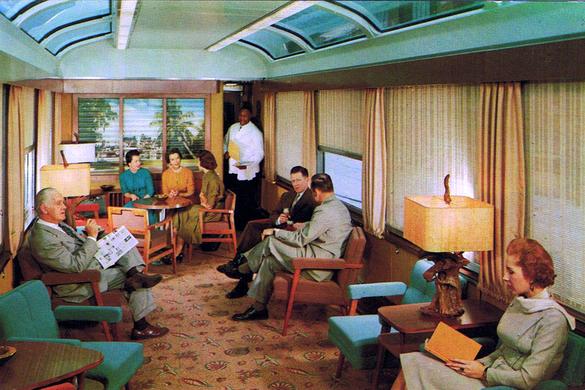 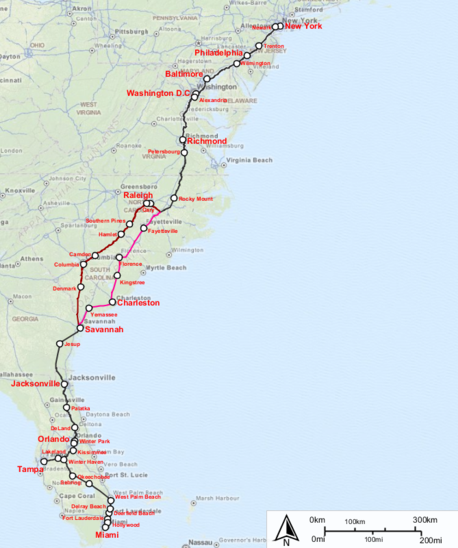 Interior of the Seaboard Air Line "Sun Lounge" car. Regular dome cars were too high for the low tunnel clearances on the Northeast Corridor used by SAL trains north of Washington.

From December 17, 1971 to April 15, 1972 and September 10, 1972 to April 27, 1973, the Silver Meteor bypassed Jacksonville, running over the track between the Georgia state line and Baldwin, Florida. Between June 11 and September 10, 1972 the Silver Meteor was extended to Boston and called the Meteor. Service to St. Petersburg returned with the train splitting at Auburndale.

On September 30, 1979 the Silver Meteor was rerouted between Savannah and Jacksonville over the former Atlantic Coast Line Railroad route, due to the abandonment of the old SAL route. On January 31, 1984 the Silver Meteor's Florida west coast terminus was cut back from St. Petersburg to Tampa, ending almost 100 years of rail passenger service to St. Petersburg. By October 26, 1986 the Silver Meteor had shifted to the old ACL route north of Savannah, as the abandonment of the SAL route north of Raleigh affected only the Silver Star. On June 11, 1988 the tracks between Coleman and Auburndale, Florida were abandoned, then removed to create the General James A. Van Fleet State Trail, shifting the Miami section west to Lakeland.

The best timing for Amtrak's Silver Meteor between Miami and New York City was 27 hours in 2008; SAL's first edition took 25 hours in 1939. Late trains often add more hours to today's schedules.
In the January 2011 issue of Trains Magazine this route was listed as one of five routes to be looked at by Amtrak in Fiscal Year 2011 as the previous five routes (Sunset, Eagle, Zephyr, Capitol, and Cardinal) were examined in Fiscal Year 2010. 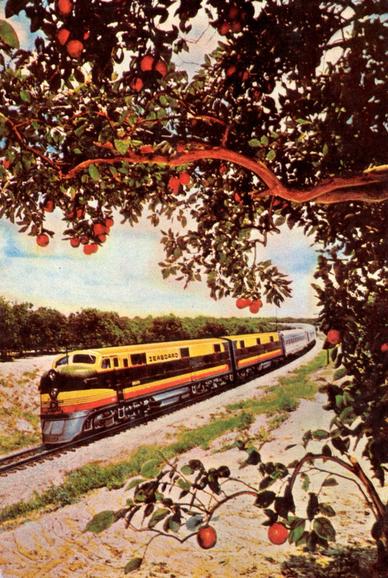 The original Silver Meteor used lightweight cars built by the Budd Company. Three consists were needed for a daily train between New York and Miami; each had a baggage-dormitory-coach (22 seats), three 60-seat coaches, a tavern-lounge-coach (30 seats), a dining car, and a coach-observation-lounge (48 seats). Some of the coaches were owned by the Pennsylvania Railroad. Budd delivered more cars in November–December 1940, allowing daily service to St. Petersburg: three baggage-dormitory-coaches (18 seats), seven 56-seat coaches, two dining cars, and three coach-buffet-observation cars (30 seats). 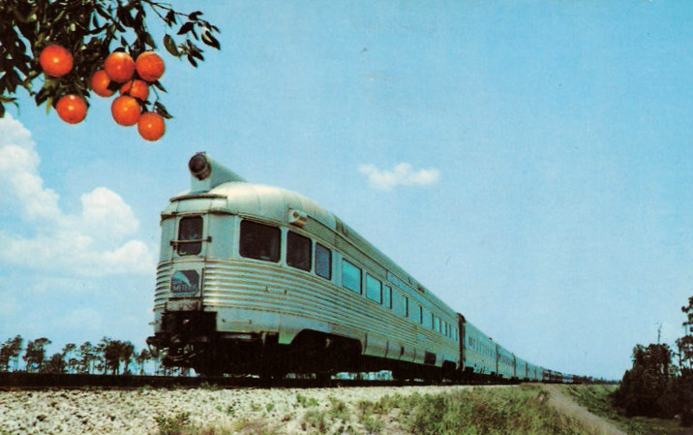 The Silver Meteor, Seaboard Air Line Railroad’s all reserved coach and Pullman streamliner, in service throughout the year between New York and both coasts of Florida.

History
The SAL introduced the Silver Meteor on February 2, 1939. The name was selected via contest, with 30 people among 76,000 entrants proposing the winning name. It was the first diesel-powered streamliner to Florida, and its introduction prompted competitor Atlantic Coast Line Railroad to introduce the Champion in December 1939. The SAL emphasized the train's modernness, referring to it as the "Train of Tomorrow" and having its first trip to Florida begin not from Pennsylvania Station, but from the Long Island Rail Road station at the 1939 New York World's Fair. The train used seven new cars manufactured by the Budd Company. The original schedule took 25 hours. The train ran between New York, NY, and Washington, DC on the Pennsylvania Railroad under a haulage agreement. Between Washington and Richmond it used the Richmond, Fredericksburg and Potomac Railroad, jointly owned by the SAL and five other railroads. From Richmond south SAL's own track was used via Raleigh, North Carolina, Columbia, South Carolina, Savannah, Georgia, Jacksonville, Florida and Ocala, Florida. Until the late 1960s the Silver Meteor split at Wildwood, Florida, with one section continuing to Miami, Florida, and the other to St. Petersburg and Sarasota-Venice on Florida's west coast.

The SAL merged with the Atlantic Coast Line Railroad to form the Seaboard Coast Line Railroad in 1967, and in 1968 the new railroad reshuffled the Florida streamliners. The Silver Meteor lost its west coast section and began serving Miami only. Amtrak retained the train when it took over most intercity passenger trains on May 1, 1971.Seaboard Air Line Railroad (SAL) glass-roofed "Sun Lounge" Hollywood Beach, a 5-double-bedroom-buffet Pullman car introduced in 1956.